Thema der Masterarbeit
„Reconstruction of the Eye Pigmentation of Individuals of a Bronze Age Population“
Reconstruction of the phenotype from the genotype has become an important and fast developing field in forensic sciences during recent years. DNA-based prediction of externally visible characteristics is useful for historical anthropology, especially for museum exhibitions and for forensic applications. For example, determining the outward appearance of suspects or disaster ictims can be realized using a genetic facial composite.
Based on forward genetics (conclusion from the genotype), reconstructing outward appearances of individuals is possible using DNA samples from skeletal remains. Reconstruction of eye pigmentation will be accomplished at individuals of a bronze age population found in the Lichtenstein cave. This will be done by analyzing the six most eye color-informative SNPs currently known by using the IrisPlex developed by Walsh et al. (2011). 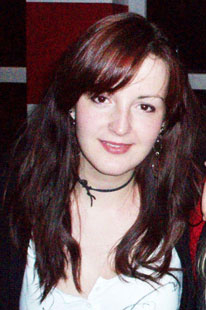