The Black Forest (Schwarzwald) is situated in southwestern Germany and mostly is covered by pines and firs. The Northern Black Forest is the most forested area of Germany with its covering of an area of approximately 1850 km2. According to historical and archaeological sources, the Black Forest was not regarded as colonized before the High Medieval period. Earlier evidence for human impact in pollen profile was interpreted by most researchers as resulting from long-distance transport. To find out more about the earlier colonization process of the Northern Black Forest, we have started a new research project supported by the German Research Council (DFG). The investigation mainly focused on the patterns in time and space of the human colonization of the Northern Black Forest from the Neolithic period to the Modern Times as indicated in the pollen record in the sediments of cirque lakes. To attain detailed evidence about agriculture and human impact, the methods must be refined, especially regarding dating, time models, time resolution, sampling (pollen sum), and identification. The best bio-archives for data about settlement, land use and vegetation history are the profound sediments of small to medium-size (1,2 - 3,7 ha) lakes. The Northern Black Forest has several such lakes.

Aim of the study is: 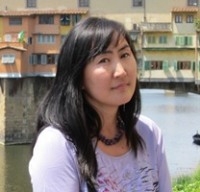