Title of the Master`s Thesis:

PCR based detection of Mycobacterium tuberculosis complex from skeletal material with osteological evidence of a tuberculosis infection.

Members of the Mycobacterium tuberculosis complex (MTBC) are in public attention as they cause the disease tuberculosis, which is one of the largest cause of death worldwide. The lingering issue of antibiotic- resistant MTBC strains has enhanced the interest in the evolutionatry history of tuberculosis bacteria and the paleoepidemiological field.
The aim of the thesis is to establish a highly specific and sensitive PCR system for the detection of low amounts of bacterial aDNA of MTBC using the established requirements for a good primer design for aDNA. The target sequence will be scanned for discriminatory function for species within the MTBC complex through single nucleotide substitutions. This offers the possibility to use the RFLP analysis method as additional validation mechanism besides the sequence analysis.
A whole series of experiments will be conducted with regard to the optimization of the designed primer set. Spiking experiments should confirm the specificity of the PCR system and its detection capability in low amounts of target DNA down to approximately 10 genomes. With respect to investigations on excavated historical remains the PCR system has to be tested for specificity on soil DNA extracts and DNA extracts of buried skeletal material as well.
Through the required test series, the PCR system will be applied to DNA extracts from five specimens of pathological bones, which are referenced as TB affected. 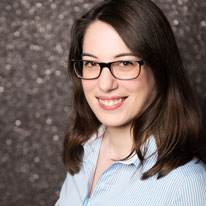