German and European intellectual history in the 19th and 20th centuries

Title of dissertation: The "Apolitical" German and the Question of German Statehood, 1830-1919

My PhD dissertation looks into a particular self-image of Germanness, that of the "unpolitical German," and explores how, and in what settings, this auto-stereotype cast Germanness as the transcendent antithesis to all things political within the emphatically political context of the question of German statehood. Ranging from the late Vormärz period that led up to the 1848-49 revolutions and ending with the immediate aftermath of World War I, the project’s periodization sees Germans grappling with their collective identity, or lack thereof, and constantly re-envisioning its actualization – whether national, cultural, or otherwise. My project traces the manifold ways in which this auto-stereotype interacted with the “German question” throughout this period, under vastly changing political conditions – in which social strata and discursive circles it was most pronounced and why, in what contexts it was cast as a weakness, a strength, a vice, or a virtue, and how it corresponded to German thought’s rich cosmopolitan legacy.

"Europe" as an idea 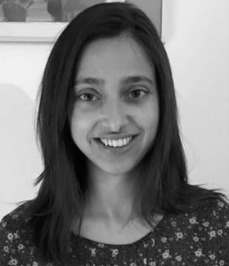 Dissertationsprojekt mit dem Arbeitstitel: "The "Apolitical" German and the Question of German Statehood, 1830-1919".