Press release: Wolves prefer to feed on the wild side

When there is a choice, wolves in Mongolia prefer to feed on wild animals rather than grazing livestock. This is the discovery by a research team from the University of Göttingen and the Senckenberg Museum Görlitz. Previous studies had shown that the diet of wolves in inland Central Asia consists mainly of grazing livestock, which could lead to increasing conflict between nomadic livestock herders and wild predatory animals like wolves. The study has been published in the journal Mammalian Biology.

Around three million people live in Mongolia, making it the most sparsely populated country in the world. In addition, there are more than 40 million grazing animals. These animals are not just a source of food but also the only source of income for more than half of the population. Livestock cultivation is leading to a massive change in Mongolia's landscape: areas close to nature are increasingly being converted into pastureland: in fact, one third of the country is now used for this purpose. This inevitably leads to conflict with the indigenous wild animals, especially large predators such as the wolf.

Biologist and forest scientist Nina Tiralla from the University of Göttingen studied the feeding behaviour of wolves for her Master's thesis. Together with colleagues from the Senckenberg Museum, she analysed 137 wolf droppings collected during fieldwork in Mongolia between 2008 and 2012. "We were able to show that 89 percent of the wolves' diet consisted of wild ungulates, predominantly Siberian roe deer," says Tiralla. "The remaining 11 per cent consisted of small mammals such as hares or mice." Even remnants of insects and berries could be detected in the faeces – but there was no trace of farmed animals. "This was surprising for us because previous studies had shown grazing animals to be the main food source for wolves," says Tiralla.

The key difference could lie in the situation of the animals: unlike the earlier studies on Mongolian wolves, the samples examined in this study come from near-natural regions with high species diversity. "Although there is also a supply of grazing animals here, the wolves seem to prefer wild animals such as the Siberian roe deer as prey, possibly because they are easier and less dangerous to hunt," the authors explain. They conclude that if wolves live in a near-natural and species-rich landscape with sufficient prey, they pose only a very low threat to grazing livestock. This could apply not only in Mongolia, but in principle also to other countries.

Tracks of bear and wolf 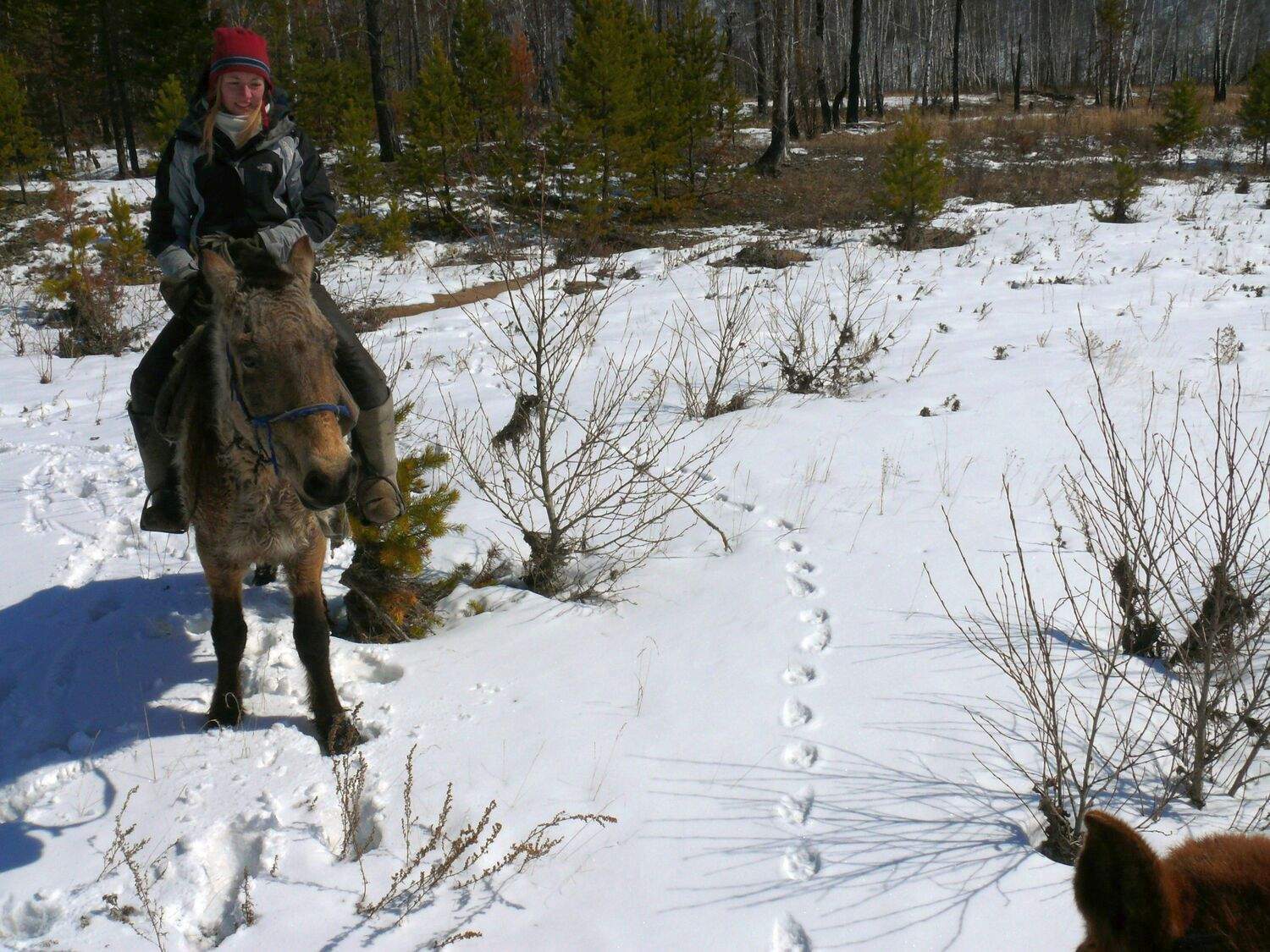 Nina Tiralla from the University of Göttingen follows a wolf trail in Mongolia.

The Chentii Mountains in the north of Mongolia.