The philosopher Professor Rosi Braidotti of Utrecht University has received a Humboldt Research Award from the Alexander von Humboldt Foundation. The award is endowed with 60,000 euros. Braidotti is a professor of cultural studies and a leading international scholar in continental philosophy, feminism and posthumanism. She has published important contributions to the study of subjectivity and affirmative ethics. At the University of Göttingen, she will collaborate with Professor Hiltraud Casper-Hehne in the Department of Intercultural German Studies, initially virtually due to the Corona pandemic and then on site in the summer of 2022.

"Braidotti is an interdisciplinary researcher for our posthuman era," Casper-Hehne said. "She is concerned with the intersections of social, ethnic, and gender justice in the context of the dual challenges posed by advanced technologies and the environmental crisis. Braidotti is not only an inspiring thinker, but also a dedicated networker. In this capacity, she will conduct research on the New Humanities in the European context during her stay in Germany."

In recent years, the two scholars have worked together on a project for the European World Humanities Report for UNESCO, focusing on the development of the so-called New Humanities, for example the digital, ecological, medical or intercultural humanities. To this end, they founded the international network for New European Humanities in the 21st Century (NEH21), which they now intend to expand further. In addition, they will explore the concept of European and Global Citizenship, this also in the context of the European University Network Enlight.

"We share a commitment to highlighting the importance of the humanities to today's world, emphasizing both the strength of their traditions and the power of their interdisciplinary creativity," adds Braidotti. "We are particularly concerned with the social relevance of the humanities in contemporary Europe and their ability to address the great technological challenges of our time in a spirit of social and environmental justice."

The Alexander von Humboldt Foundation awards up to 100 Humboldt Research Awards each year. In doing so, it honors internationally leading researchers from all disciplines from abroad for their overall work to date. The researchers cooperate with a German research institute and work together on research projects. 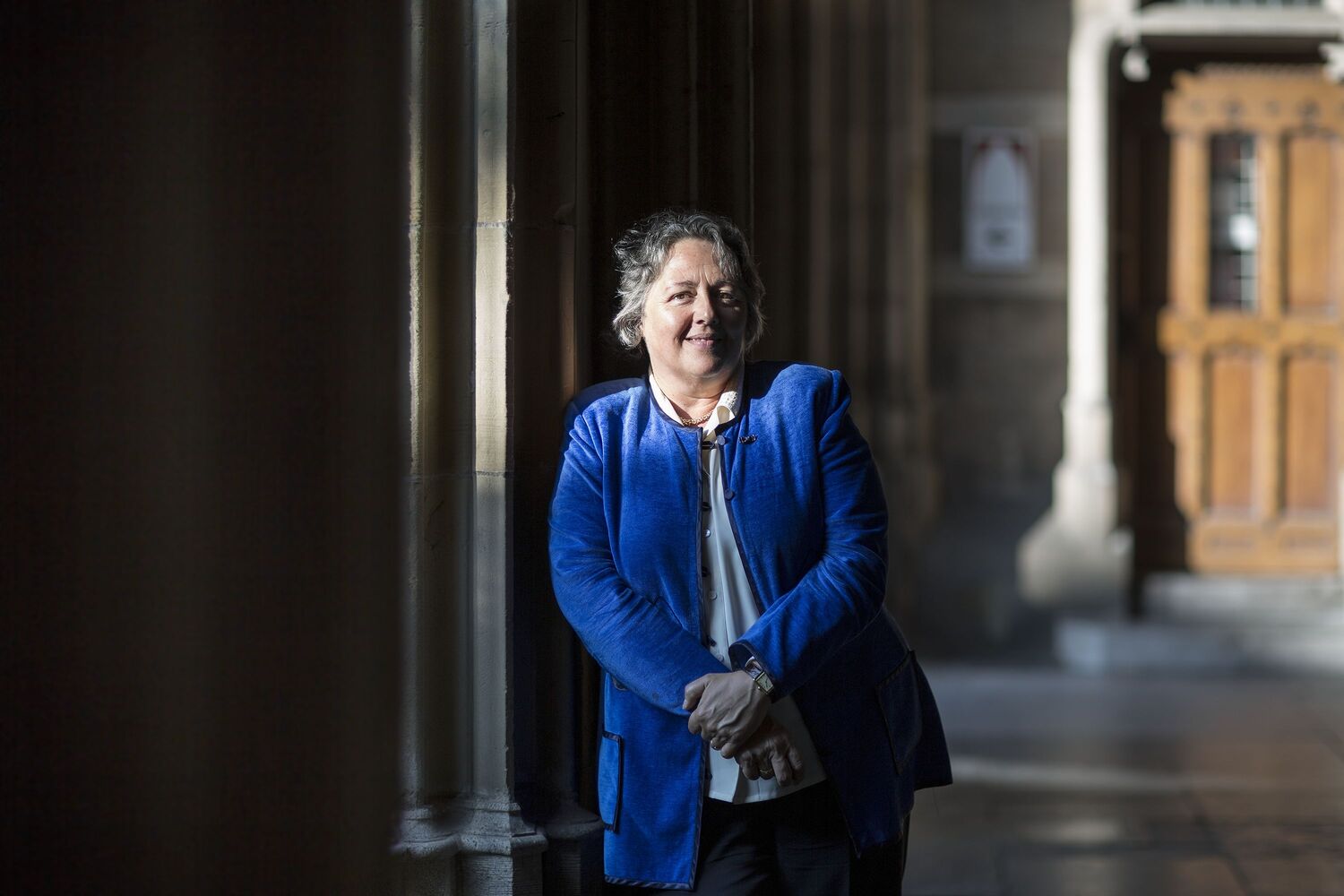 The philosopher Professor Rosi Braidotti of Utrecht University has received a Humboldt Research Award from the Alexander von Humboldt Foundation.