Land plants are an extremely diverse group and, in terms of structure, the most complex organisms that photosynthesize. Their closest algal relatives, the Zygnematophyceae, however, have a more humble body plan: they are simply unicells or just filaments. Yet, appearances are deceptive. There is an astounding diversity to Zygnematophyceae and their morphologies have experienced a turbulent evolutionary history. An international team of scientists led jointly by the Universities of Göttingen and Cologne has taken a deep dive into the evolutionary history of Zygnematophyceae. Their results revise the relationships of this group using modern gene sequencing data and pinpoint the emergences of multicellularity. The results were published in the journal Current Biology.

The Zygnematophyceae encompass around 4,000 species. Interest in this group of organisms is at an all-time high because research in recent years has revealed that they are the closest algal relatives of land plants. The scientists were surprised because the zygnematophyte body plans are less complex than those of other algae that were previously considered the nearest relatives to land plants. The reason for this morphological split is that the Zygnematophyceae diverged from the last common ancestor shared with land plants about 550 million years ago and since then charted their own evolutionary path.

The team of researchers used hundreds of gene sequences to collect tens of thousands of the molecular characters that make up algal DNA. This enabled them to robustly reconstruct the relationship and evolutionary history of the Zygnematophyceae. “The taxonomy of these algae has been an unsolved problem for decades, as analyses with single or few genes did not have the power to resolve old evolutionary splits. Now we introduce a phylogenetically informed five-order system of the Zygnematophytes, which will help scientists to navigate in the evolutionary diversity of these algae,” says Dr Sebastian Hess, University of Cologne. The new dataset provided the basis for statistical analyses, which enable researchers to infer the evolution of body structure in this important class of algae. The researchers found that the last common ancestor of the closest relatives of land plants was probably a single-celled alga, since filamentous growth emerged several times independently in this class of algae.

Professor Jan de Vries, University of Göttingen, highlights: “The evolution of these algae had a profound impact on life on earth. Today’s land plants have elaborate multicellular bodies that constitute the vast majority of the biomass on land. Research into the closest algal relatives allows us to infer features, such as the body plan, of the last common ancestor shared by land plants and algae and the evolutionary paths charted since their divergence.”

Another important part of the study was the rediscovery of Mougeotiopsis, a filamentous alga, which was originally described 120 years ago and has not been studied since then. This alga lacks pyrenoids, the chloroplast substructures for capturing CO2 during photosynthesis, and as the researchers demonstrate represents yet another evolutionary branch of the zygnematophytes that shows multicellular growth. Anna Busch, University of Cologne, who studied the alga by light microscopy, explains: “The phylogenetic position of Mougeotiopsis came as a big surprise. The filamentous alga is most closely related to simple, unicellular species and it has no pyrenoids. This is exceptional for all other known zygnematophytes.” The evolutionary history of Mougeotiopsis marks one of the five emergences of true filamentous growth within the Zygnematophyceae. “Such insights and the new phylogenomic framework are fundamental for adequately performing future comparative analyses and for inferring the development of cellular traits and body plans from algae to plants” says de Vries. 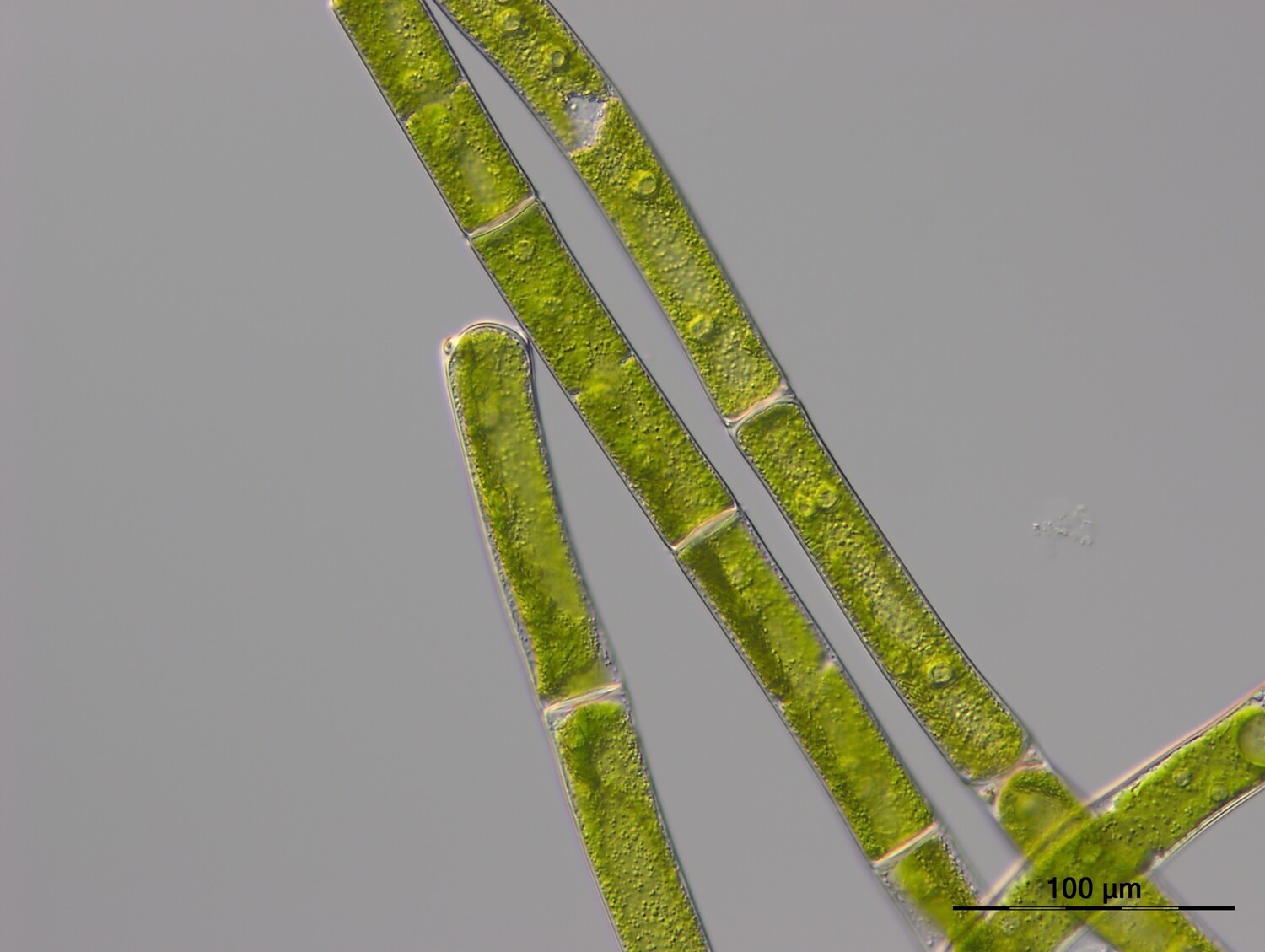 The Zygnematophyceae comprise around 4,000 species and display a fascinating morphological diversity - from the beautiful desmids to filamentous species responsible for pond scum. 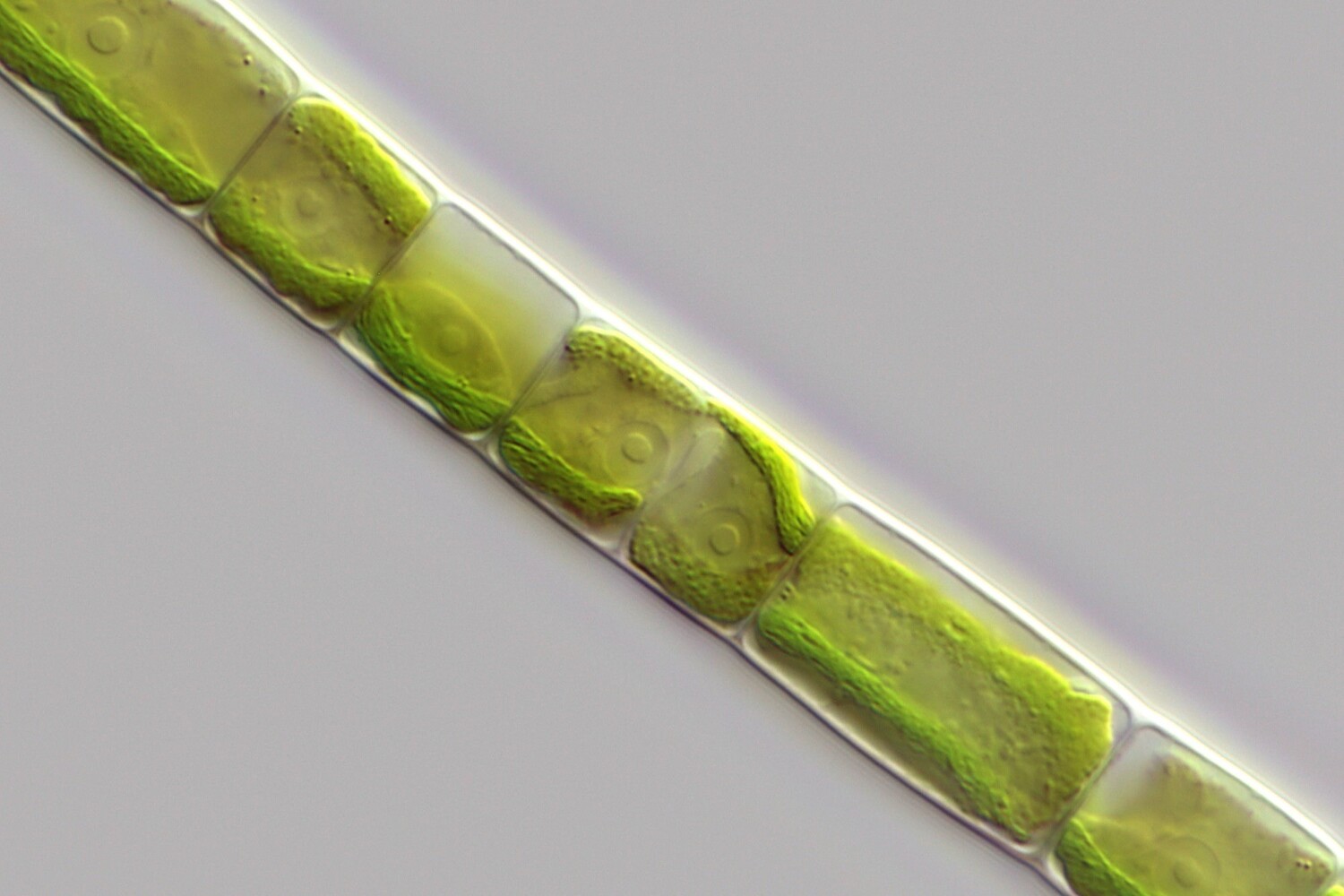 The team of researchers used hundreds of gene sequences to collect tens of thousands of the molecular characters that make up algal DNA. This enabled them to robustly reconstruct the relationship and evolutionary history of the Zygnematophyceae. 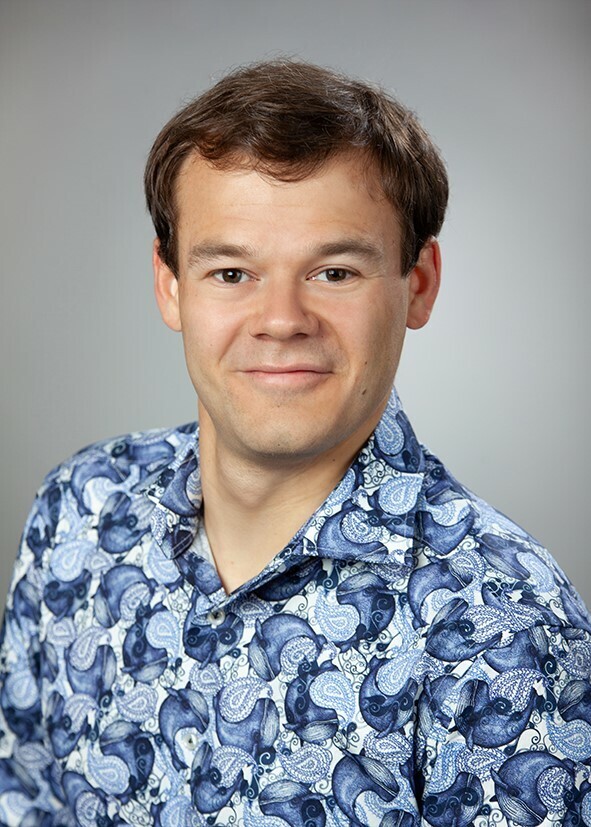