A History of the Arts Collection

The Arts Collection of the University of Göttingen is the oldest university collection in Germany, and was specifically established for didactic purposes. Its history dates back to the foundation of the Georgia Augusta in the eighteenth century. Therefore the Collection belongs to the city's earliest cultural establishments.

During the collection's history, its stock was enriched mainly by additional donations as well as with some acquisitions – often supported by Universitätsbund or the Klosterkammer Hannover – plastic works, artisan craftworks and recently also works by international video artists have further been enlargeing the collection's repertoire.

After profound research, Wolfgang Stechow realised the first scientific catalogue of paintings in 1926. The Arts Collection is well known and internationally renowned, especially due to its equipment with outstanding drawings and prints. Thus, institutions from Germany and abroad request both loans of artworks and access for research purposes.

Originally situated in Fiorillo's apartment, later in the Accouchier­haus among other locations, the Collection of paintings and sculptures moved to the Auditorium in 1988, where it is still located today. The Auditorium is an ideal place to house not only the permanent presentation of the collection's central artworks, but also to stage different special exhibitions. A central aspect is the collection's incorporation into academic teaching. Students of Art History have the special opportunity to work directly with objects and they may conceptualise exhibitions on their own.

After a perennial period of reconstruction, the Göttingen Arts Collection was reopened to the public in 2011.
[see some pictures of the reopening]

In order to further enlarge and preserve the collection for the future, the University of Göttingen hopes for the continuous support by numerous interested and acquainted visitors and connoisseurs. 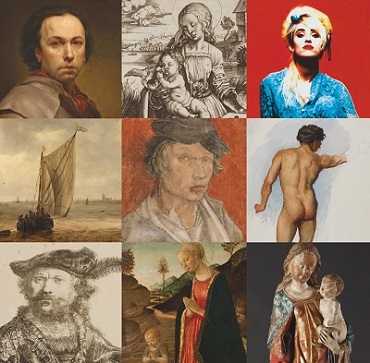