Infection and behavior: The role of the mushroom body, AMPs and octopamine in brain-body communication

The ability to adapt behavior to avoid contaminated or dangerous food is highly conserved across species, regardless of their preferred food source, life span or anatomy. Despite the prevalence of this type of behavioral adaptation, how animals make the connection between the presence of toxic or pathogenic substances in their digestive system and the neural circuits that guide feeding and food choice remains incompletely understood. During the first funding period, we have provided evidence in Drosophila melanogaster that pathogen ingestion is recognized by the nervous system through the immune receptors PGRP-LC and -LE in neuromodulatory (i.e. octopaminergic) neurons. Based in addition on our data implicating the sense of smell and the insect’s learning and memory center, the mushroom body (MB), we propose a model wherein pathogen ingestion is detected by immune receptors in octopaminergic neurons that in turn convey this information to the MB, where it lastingly modulates feeding behavior potentially through mechanisms analogous to short-term olfactory associative learning. At this point, several questions remain unanswered that we wish to address during a second funding period. We anticipate that this follow-up project will clarify the role and origin of octopamine signaling and the function of PGRP/Imd signaling in these neurons in MB-dependent acquired food aversion. Moreover, we hope to shed light on the role of antimicrobial peptides (AMPs) and whether they act similarly as or in concert with neuropeptides. Finally, we will characterize the impact of pathogen ingestion on the state and plasticity of neurons of the MB and beyond. Together, results from this project will help to clarify the role of a learning center in the important ability to learn to avoid dangerous food sources. 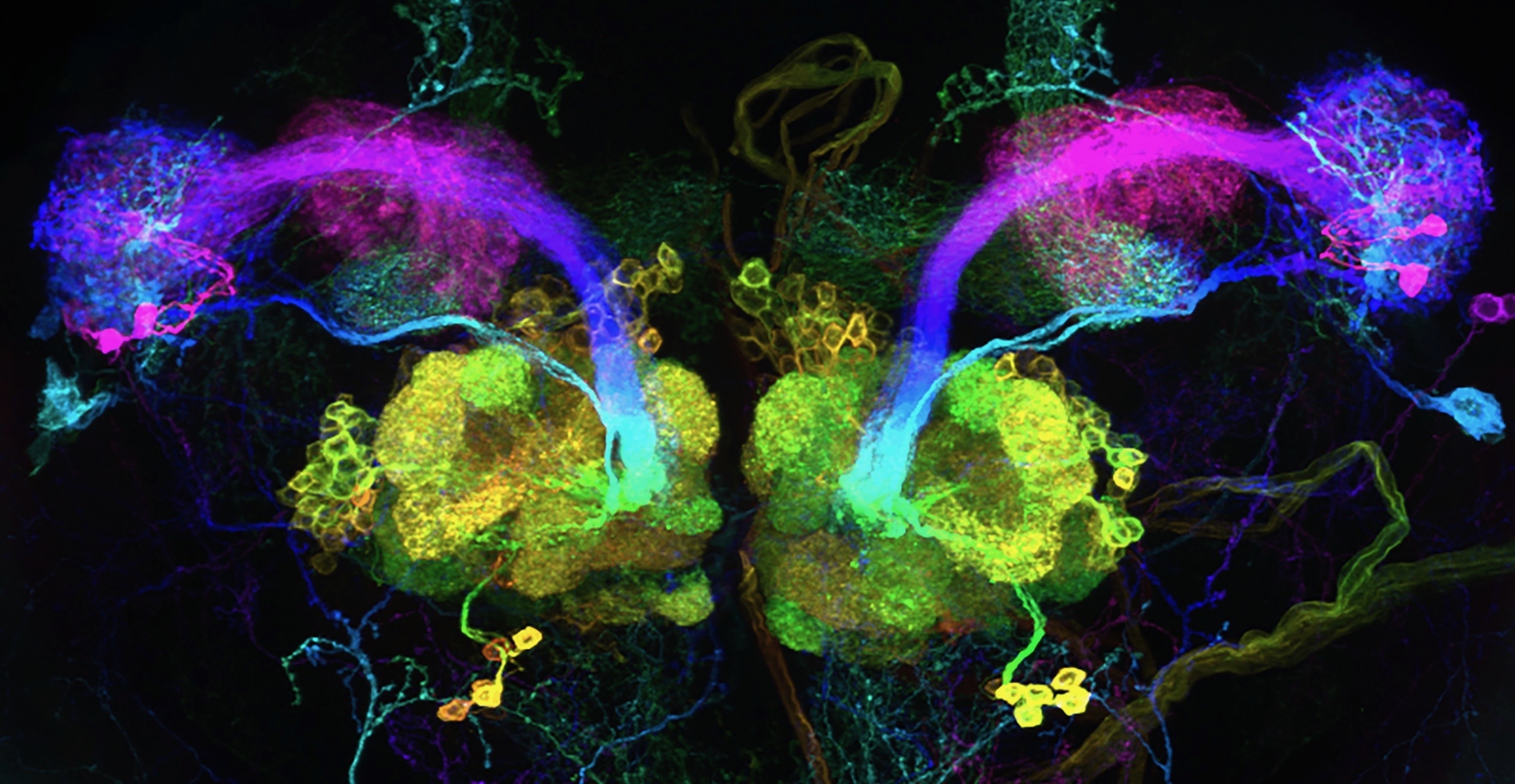