The doctor, naturalist and poet Albrecht von Haller (1708 to 1777) belongs to the most important academics of the 18th century. From 1736 to 1753 Haller was Professor for Anatomy, Surgery and Botany at the University of Göttingen. Through modern teaching methods, the establishment of the Botanical Garden and the anatomical theatre as well as his research activities Haller played a crucial part in the development of the young Georgia Augusta. Here he also established his fame as medical doctor and botanist. His achievements include publication of the first edition of his Swiss Flora, an anatomical atlas, his physiological key work and undertaking preparatory work for later pivotal publications. In 1751 he was elected president for life of the newly founded Royal Society of Sciences at Göttingen and until shortly before his death composed around 900 reviews of scientific works for the “Göttingische Gelehrten Anzeigen” [Göttingen Academic Magazine]. Two years later he returned to his place of birth, Bern. 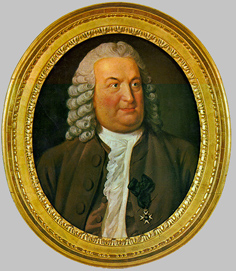