The project investigates changes in the structure and functioning of decomposer food webs with conversion of tropical lowland rainforests into rubber and palm oil plantations in Sumatra, Indonesia. The project focuses on spatial and temporal variations of the response of soil food webs to rainforest conversion at the landscape level as well as responses to variations in tree diversity and management of plantation systems. Overall, the project aims at uncovering generalities on the structure of and energy flux through soil animal communities of tropical rainforest and plantation systems thereby contributing to biodiversity conservation and the development of sustainable land-use systems.

The decomposer system forms an essential component of terrestrial ecosystems but its structure and functioning, in particular in tropical regions, are poorly understood. In tropical lowland rainforest and two major conversion systems, i.e. rubber and palm oil plantations in two landscapes of Jambi province (Sumatra, Indonesia) the structure and functioning of the decomposer food web will be investigated (Core Plot Design). The project aims at identifying changes in community structure of soil animal taxa with conversion of rainforest into plantation systems. In particular, we investigate the role of spatial and temporal variations of the response of soil food webs to rainforest conversion. Soil microorganisms, and micro-, meso- and macrofauna will be sampled quantitatively, and determined at high taxonomic resolution.

Focal functional groups include fungal and bacterial feeding soil invertebrates including protists, nematodes, springtails, oribatid mites, gamasid mites, earthworms, millipedes, centipedes and spiders. Density and biomass of these taxa will form the basis for calculating energy fluxes through decomposer systems of tropical rainforest and converted ecosystems. For dominant taxa community-level natural variations in stable isotope ratios (15N/14N and 13C/12C ratios) as well as fatty acid patterns will be investigated and used to refine energy flux models. Rapid assessment of the diversity and identity of species in the Landscape Assessment will be performed using molecular markers established for major soil mesofauna taxa (springtails and oribatid mites). Further, we will use the B11 Oil Palm Biodiversity Enrichment (EFForTS-BEE ) and Oil Palm Management Experiments (EFForTS-OPMX), which had been established Phase 2 of EFForTS to study the role of additional tree species planted in oil palm plantations as well as consequences of reduced fertilizer input and herbicide use for soil animal food webs.

The study aims at identifying major driving factors of the structure and variability in space and time of soil animal communities in lowland tropical rainforests and major agricultural production systems. The project is closely linked to other projects investigating animal food webs, soil carbon dynamics and below- / aboveground biotic and abiotic interrelationships. By comparing results of the proposed project with those of studies in temperate forest ecosystems investigated with similar methodology, we expect to uncover generalities on the structure, driving forces and functioning of soil animal communities of forests. 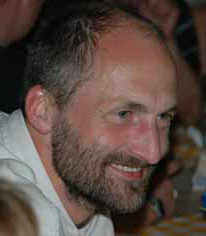