The goal of this project is to better understand the socioeconomic drivers and dynamics of land-use changes in Indonesia and their long-term effects on human welfare and sustainability. We use and further extend the panel surveys of farm and labour households. One hypothesis to be tested is that adoption and replanting of oil palm contribute to farm size concentration and rising inequality over time. We also examine effects on income stability, human capital formation, off-farm employment, and gender roles in Jambi and at higher scales, complementing the surveys with other data sources. Relationships between landscape composition and socioeconomic development will also be analysed.

Tropical lowland rainforests in Indonesia have seen dramatic land-use changes over the last few decades. While forestland largely disappeared, rubber and especially oil palm monocultures were rapidly expanded. The goal of this project is to better understand the drivers and dynamics of these land-use changes and their long-term effects on human welfare and sustainability. We use and further extend the surveys of farm and labour households collected during Phases 1 and 2 of EFForTS. Analyses so far have shown that many farm households cultivate oil palm and benefit in terms of incomes that are higher than those from rubber and alternative crops. However, other farm households have not (or not yet) adopted oil palm, due to limited access to financial capital or other constraints.

In Phase 3, we will further analyse the oil palm adoption dynamics, also taking into account replanting decisions. Four rounds of farm household data will allow us to develop and estimate panel data models of oil palm adoption and replanting, using a broad set of household, regional, and institutional characteristics as explanatory variables. One hypothesis to be tested is that the unequal adoption of oil palm contributes to farm size concentration and rising inequality. Using panel data models, we will also analyse longer-term economic and social effects of land-use change on farm and non-farm households, including effects on income stability, human capital formation, off-farm employment, and gender roles. These effects will be analysed for Jambi and also at higher scales, using secondary data for Indonesia as a whole. This project will contribute to the Landscape Assessment of EFForTS by combining the socioeconomic survey data with plot-level and remote-sensing data to analyse relationships between land-use composition and configuration and regional economic and social development. 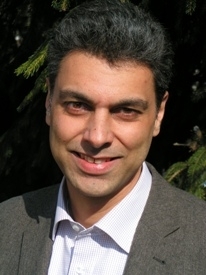