Since 2018
Work in the ‘Bazaar’ – The Organization of Work in an Urban Milieu beyond State Regulation, 1960s to the Present
Abstract: Based on a research grant by the German Research Foundation (DFG), this project is intended as the corollary to my habilitation project (outlined below) and follows a similar methodological approach: Having observed the production of (enclaves of) informality in urban northern India through the interplay of market framing processes and social responses to these from its entrepreneurial dimension, the project addresses the question of ‘informalization’ of labor and work relations in the ‘bazaar’ of the north Indian city of Banaras (Varanasi), an urban arena marked by the interplay of a procedurally defined modernity with the socio-spatial grid and informational order of a ‘traditional’ commercial entrepôt and retail center. It combines a historiography of labor based on a range of locally acquired sources, including a significant body of documents from (increasingly dysfunctional) informal sector trade unions operating in the ‘bazaar’ and local traders’ association materials since the 1960s, with an ethnographic enquiry into organizational patterns of labor and work conditions.

2011 – 2017
Debt in Banaras – Informal Finance, Transgressive Entrepreneurship, and the Production of a Monetary Outside in a North Indian Town
Abstract: My habilitation project combined a contemporary history of market framing processes in India with an in-depth ethnographic study of social responses to these in an urban environment, both in the form of adjustments and evasions. Essentially, the project contrasts the development and attempted imposition of a procedurally circumscribed modernity in (socio-)economic relations with the everyday practices of asserting, contesting, and negotiating rules in an urban environment marked by a multiplicity of sovereignties. The project studies the production of both procedurally and spatially bounded extra-legal (and frequently illegal) monetary markets, related to both credit and speculation, through the interplay of these factors. Relying primarily on the study of the evolution of money lending and related practices in the north Indian city of Banaras (Varanasi) since the late colonial period, the project seeks to address the topic of ‘informalization’ from its entrepreneurial dimension.

2010 – 2011
The Political Economy of Identity – the Jama’at-i-Islami Pakistan
Abstract: Intended as a concise follow-up on my research on the Indian BJP, facilitating an extension of the comparative framework of analysis, and funded by Fritz Thyssen Foundation, this short-term project observed the development of local socio-political dynamics through an ethnographic analysis of local cadres of the JI in the Pakistani city of Gujranwala. The project needed to be discontinued after the initial stage with my shift to the Modern Indian History research group at the Centre for Modern Indian Studies.

2005 – 2009
New Cultural Identitarian Political Movements in Developing Societies – the Bharatiya Janata Party
Abstract: My research agenda on the ‘bazaar’ in north Indian urban society has developed out of an engagement with communalist and religious politics in India which I initially observed in the setting of this segment of Indian society, specifically in the north Indian town of Aligarh. This research project, funded by
the German Research Foundation (DFG) and based at the University of Leipzig, Germany, formed the basis for my doctorate in political science, and used a comparative framework of analysis based on two case studies on cultural identity in modern politics in the Global South: one on the successors of the Algerian Front Islamique du Salut, and one on the BJP in India (the latter conducted by me). The comparative framework served to isolate discursive parameters pre-occupied with cultural settings from the local ramifications of long-term shifts in the respective political economies, especially concerning rent allocation structures at the local levels of the respective polities, enabling the identification of patterns of growth, integration into the political system, internal coherence, radicalization and moderation, and integration into broadly neoliberal political agendas. 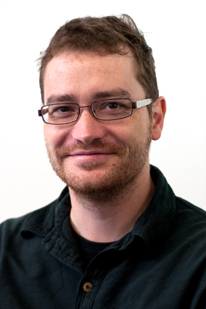