Land use change and rural water supply in the tropics. Perceptions and impacts of oil palm expansion in Sumatra, Indonesia

Research objective
Based on the reports of water shortages in the surrounding areas of oil palm plantations in Jambi, the objective of this research was to investigate this proposition in form of a case study; questioning whether village residents had observed changes in local water resources ever since oil palm cultivation has started in the area, inquiring how these changes could be explained according to their personal evaluations and depicting possible impacts to the village water supplies and individual households.

Methodology and concept
The concept of societal relations to nature (BECKER & JAHN (eds.) 2006) was used as a framework to provide an insight into the dynamical patterns of relations between humans, society and nature. Situated at the interface of social and natural science the thesis tried to provide a link between 1. the existing knowledge of hydrological consequences of oil palm expansion and 2. the environmental perception of local villagers. Additional focus of this research was put on the communication of local land use change among different social groups to give credit to the social embeddedness of the natural processes. For the field research a qualitative research design was selected. Focus was put on problem-centered household interviews in one research village which were triangulated with participatory methods and expert interviews.

Outcomes Villagers have observed the following changes in local water resources: A higher fluctuation of streamflow with particularly low dry season flows, a faster depletion of groundwater levels and an increasing pollution of surface waters. The explanations given for these changes are manifold but all of them are directly or indirectly related to the ongoing land use change developments. Most importantly deforestation and oil palm establishment are blamed for causing water shortages during dry season. Pollution of surface waters is mainly attributed to erosion and high waste and waste water emissions to the environment. The local water supply is affected in the way that water, and particularly potable water becomes extremely scarce during prolonged periods without rainfall. Subsequently, clean water has increasingly turned into a commercial commodity difficult to access. For the individual households this implies that they have to spend significant amounts of money to purchase bottled water, to collect water at distant springs in neighboring villages or to expose themselves to water of dubious quality. 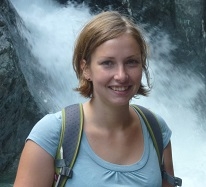