In the majority of private gardens the flowering season of shrubs and trees ended long ago. The busiest people still calling a vegetable garden their own start harvesting as soon as possible and slowly begin winter preparations. By contrast, you can still find woody plants in the Forest Botanical Garden that have only just begun unfolding their flowerage.

Because of its overwhelming flowerage, the most notable plants are the Bluebeard (Caryopteris x clandonensis) and the Perovskia, named after Russian General Perovskij. Both shrubs develop flowers on the annual wood growth and are therefore cut back every year to a size of about 20cm (app. 8in). This results in a massive resprouting, leading to a dense arrangement of bright- to dark-blue flowers. Flowers are visited by a host of insect species, including various butterflies and wild bees, and if close enough the visitor will notice a busy humming of flying insects trying to get a share in the abundant nectar. Also Rose of Sharon (Hibiscus syriacus) and Panicled Hydrangea (Hydrangea paniculata), which naturally occurs in East Asia, are still full flower. 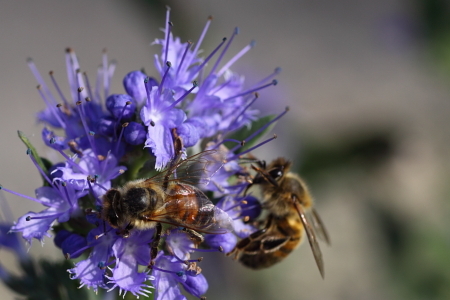 
Late flowering of St. John’s Wort (Hypericum olympicum), of Greek origin, and Syringa microphylla 'Jose’, a small-leaved and slowly growing Lilac from northern China, provide further incentives to come to the garden in this season. 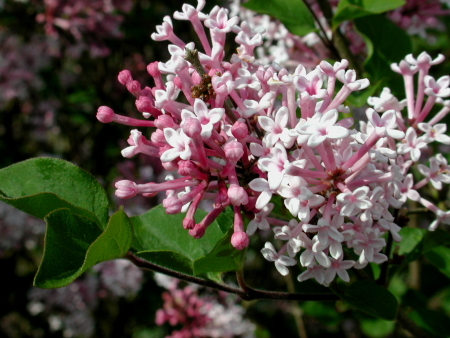 
A particular highlight of particular floristic beauty are Cyclamen hederifolium plants found in various places in the Garden, which are in flower now. The species naturally grows in the Mediterranean region from Sardinia to Greece, Anatolia, and Cyprus. Countless small flowers, around 1cm (app. 0.4in) in size, appear separately on 10-15cm (app. 4-6in) long stalks. The colour ranges from white to pinkish and thick shades of pink. In addition, there are some Aster dumosus cultivars and species of the Rudbeckia, Solidago, Helenium, and Helianthus genera. 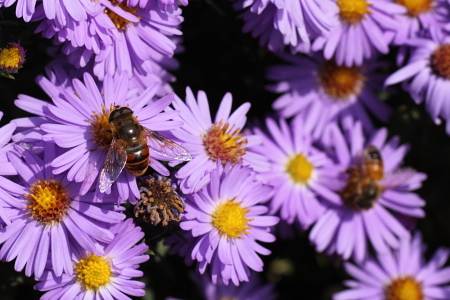 
A plethora of seed heads and fruits represents another optical delight: the orange-red of Mountain Ash, the red berries of various Lonicera species, the white-berry infructescences of Actaea alba, and the diversity of colours and shapes of rose hips. 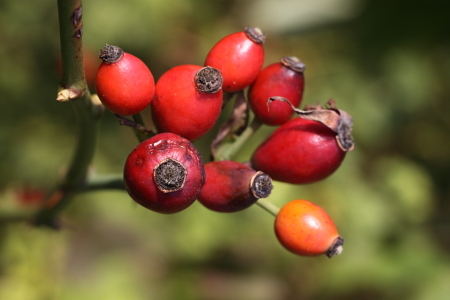