Maria Goeppert Mayer (1906–1972) studied Mathematics and Physics at Göttingen University starting in 1924 and received her doctoral degree under Max Born in 1930. In the same year, she emigrated to the USA together with her husband, chemist Joe Mayer. She was awarded the Nobel prize in Physics in 1963. Beside her academic work Maria Goeppert Mayer supported Jewish colleagues who had emigrated to the USA. She was an advocate of the peaceful use of nuclear energy and encouraged young women to orient themselves towards the natural sciences. 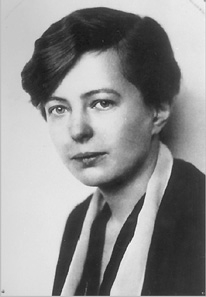