Indonesia is the largest emitter of land-based greenhouse gas emissions. At COP 15 in Copenhagen, Indonesia announced as one of the first developing countries an ambitious emission reduction target of at least 26% below business as usual (BAU) until 2020. A substantial part of this commitment is planned to be reached by a forest policy aimed to reduce deforestation and forest degradation. For this purpose, the country is receiving additional support from the international community – as part of the REDD (Reducing Emissions from Deforestation and Forest Degradation) mechanism introduced to the UNFCCC process in 2005. Today, regional Indonesian governmental institutions (e.g. Provincial and District Governments), donor agencies, NGOs and private businesses are implementing more than thirty REDD pilot projects in nearly any part of the country.

The main objective of this research project is to conduct an empirical and qualitative analysis of the impacts of forest conservation debates in the international climate negotiations on rural forest policies and resource access in Indonesia. In a first step, international, national and local negotiation processes will be explored and REDD-related transnational networks and their stakeholders will be identified. In a second step, the influence of local REDD policies and REDD/PES pilots on land use practices and on access to forest and land resources will be analyzed. The empirical and qualitative analysis for this research is planned to be carried out in the Indonesian province of Jambi (and West Kalimantan or Central Sulawesi) and in nodes of the transnational networks of actors involved in the REDD process. Interviews will be conducted with international environmental NGOs, important donor agencies, Indonesian national governmental institutions and other involved actors. In Jambi field visits of up to four months are planned to conduct interviews with provincial and district officers, local NGOs and members of communities living adjacent to REDD pilots. 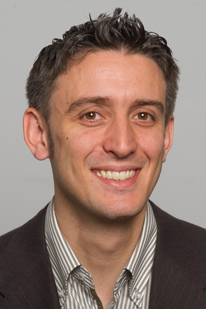