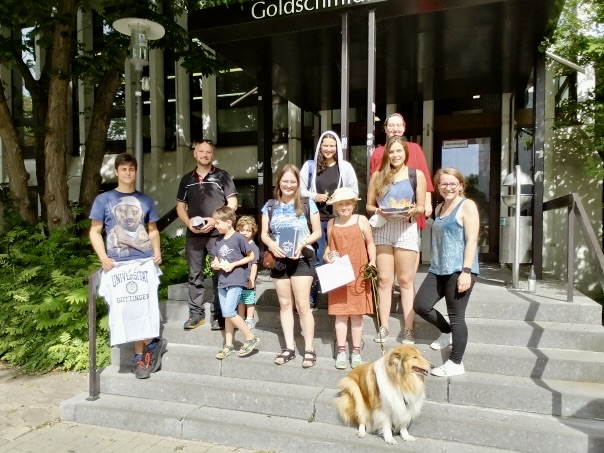 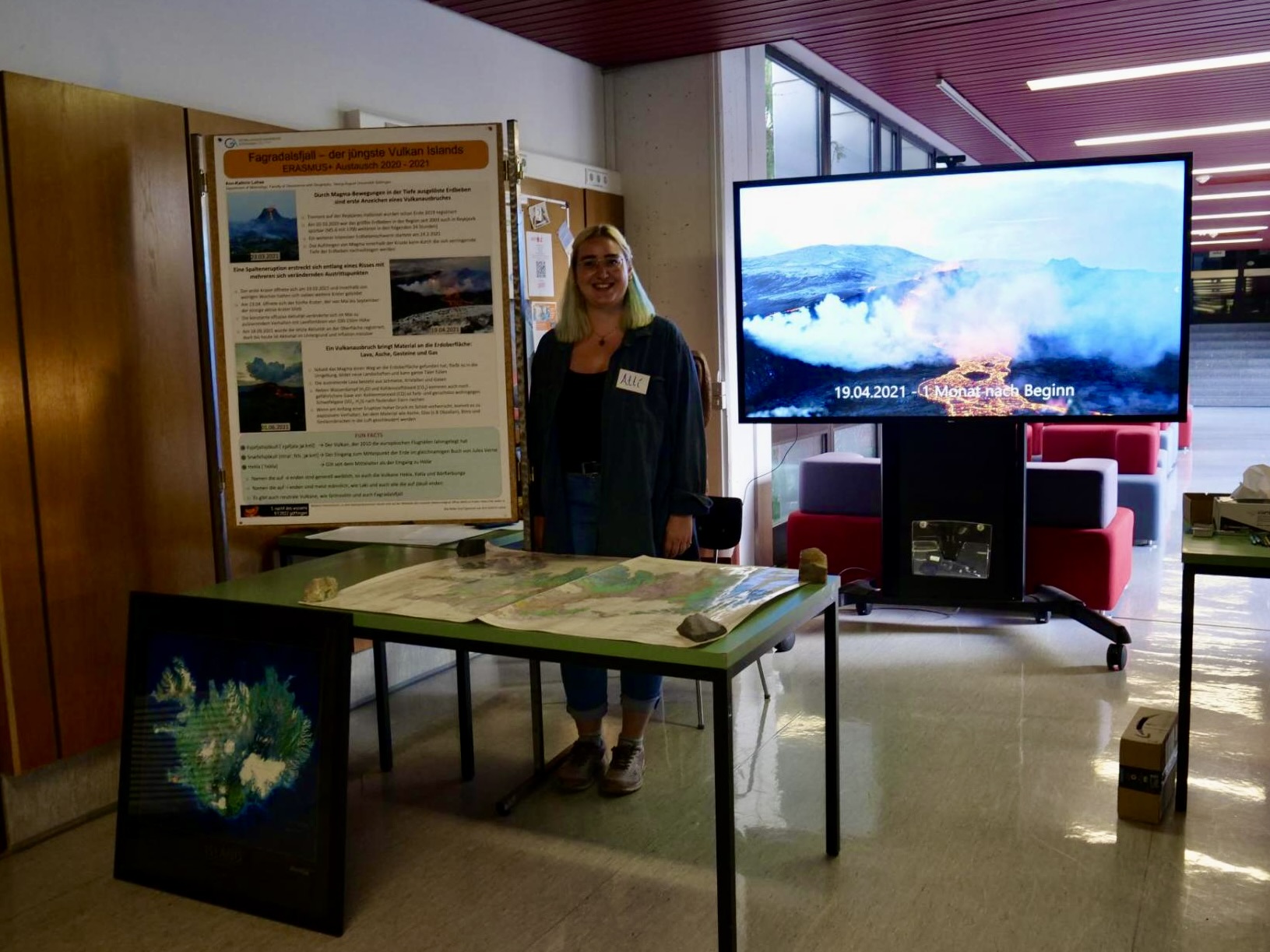 Researchers from the University of Göttingen are among the first in the world to have analysed rock samples from the asteroid Ryugu. Asteroids are remnants from the very beginnings of our solar system and, at around 4.6 billion years old, are about as old as the solar system itself. This means they provide a unique insight into the origins of the planets. The data from the Göttingen team show that Ryugu belongs to a special class of asteroids – to date, only a very few have ever been discovered. Their composition is similar to that of our Sun, making them important reference points for cosmochemistry. The results were published in Science.

The rock sample comes from the Japanese space mission "Hayabusa 2" ("Peregrine 2"), which was launched in December 2014. Three and a half years later, in the summer of 2018, the ion-propelled probe reached the asteroid 162173 Ryugu ("Dragon Palace"), which has a diameter of about 900 metres. In February and July 2019, it took more samples, which it then dropped in a capsule as it flew past Earth in December 2020. The probe had collected about five grams of rock. To collect this sample, the probe covered a distance of an almost unimaginable 5.4 billion kilometres." Only a small number of selected laboratories around the world received fractions of the sample for initial analyses. The scientists from Göttingen University got a sliver of 2.4 milligrams.

As Prof. Professor Andreas Pack explains: "We determined the isotopic composition of oxygen. It was a great privilege for us to carry out some of the first analyses of this material. The analysis was extremely demanding. It was simply not an option to make even the slightest mistake," says Pack. "But we have been working for years on refining our techniques for measuring the isotopes of oxygen and are now one of the leading laboratories in this field. The fact that we were chosen to analyse the Ryugu material confirms that we are always pushing at the boundaries of what can be achieved." 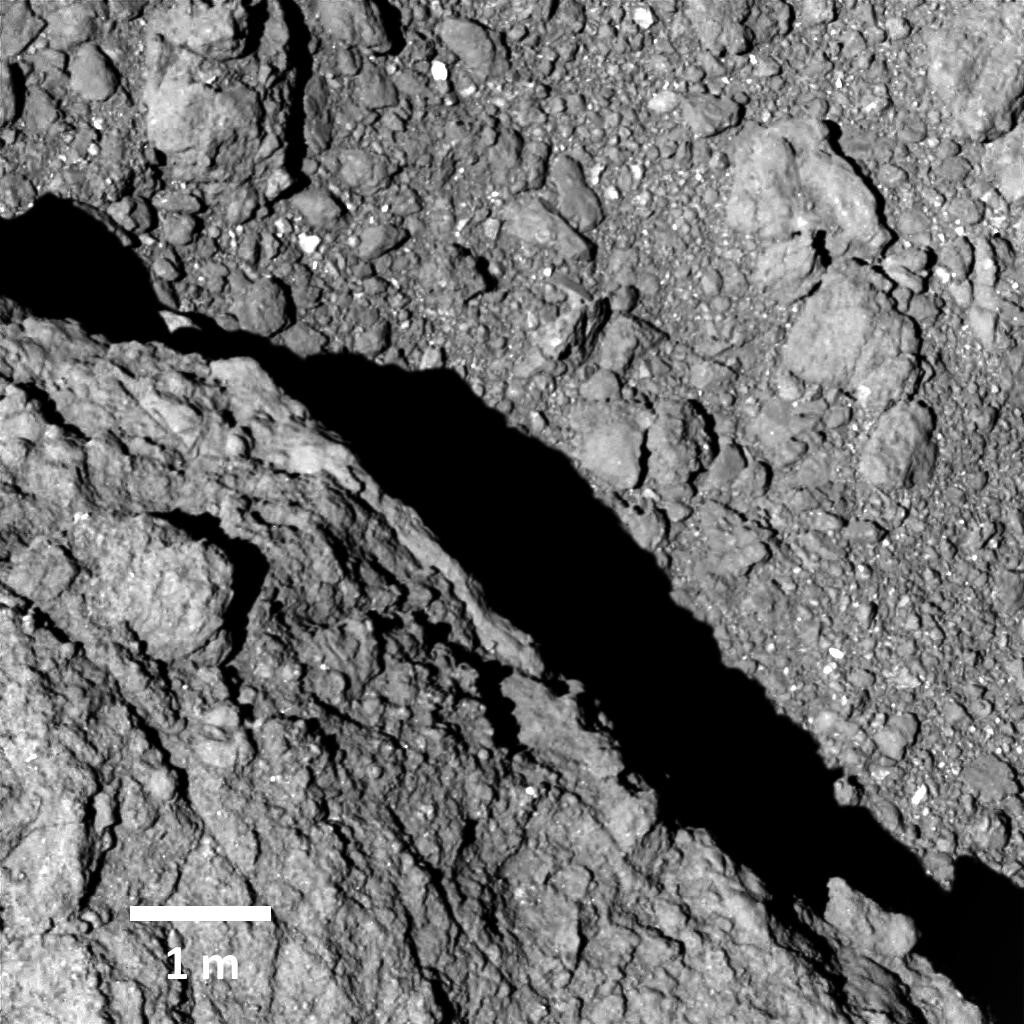 Algae reveal clues about climate changes over millions of years (May 16th, 2022, DB)

Organisms adjust their cell walls according to environmental conditions such as temperature. Some adaptations involve changes in lipids which may still be preserved long after the rest of the organisms has been degraded. Researchers at the University of Göttingen studied a specific group of lipids called long chain diols which are found in sea sediments all over the world, and which can be preserved for millions of years. The researchers discovered that these lipids are produced by an, until now, unknown group of marine eustigmatophyte algae which evolved before the currently known species originated. This finding changes our understanding of the composition and evolution of these algae, as previously they were considered to consist of a relatively small group of mainly soil and freshwater species. In addition, the researchers show that a ratio of these distinctive lipids, known as the Long chain Diol Index, can be used to reconstruct summer sea surface temperatures from the past. 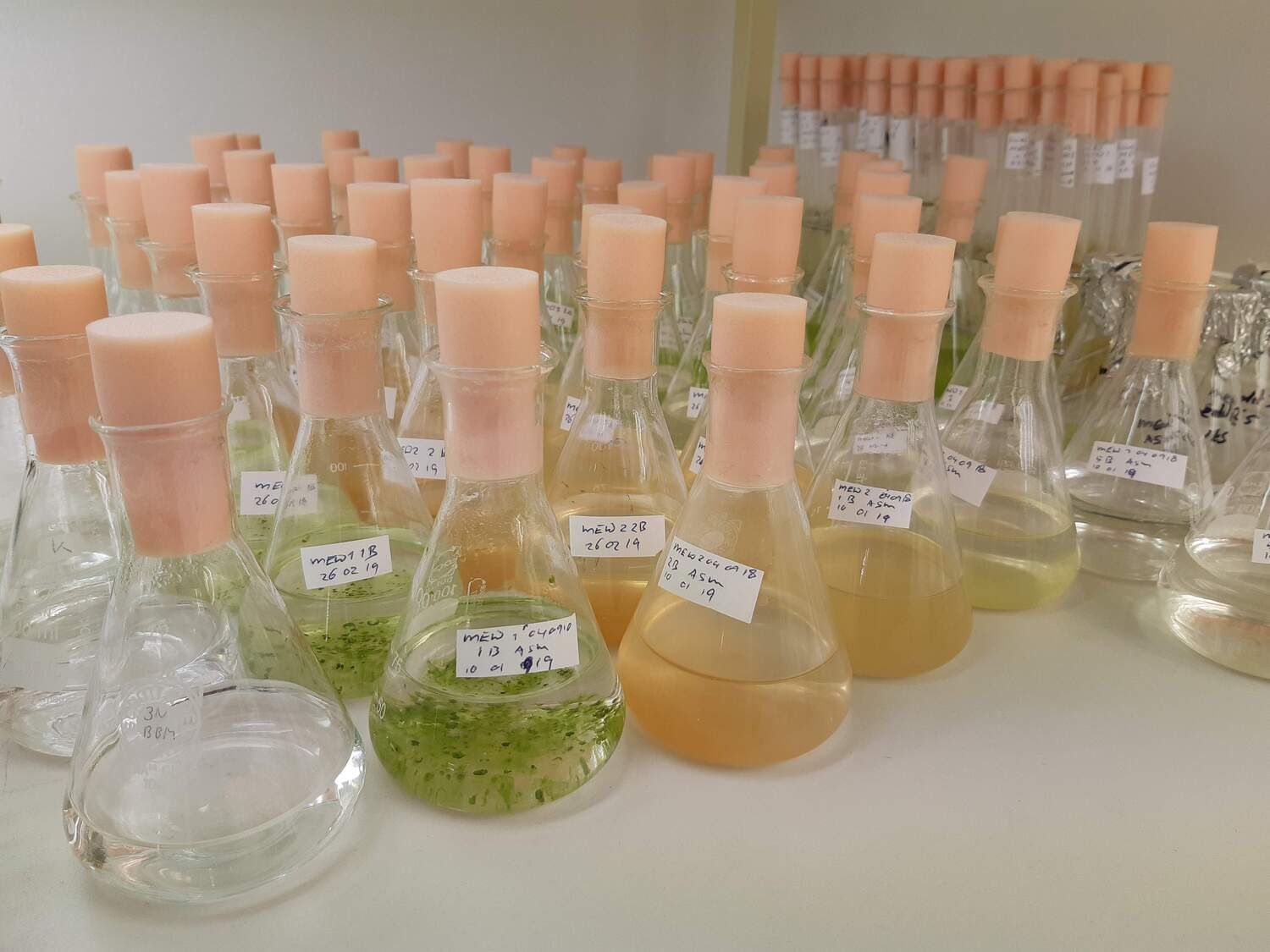 
Climate fluctuations, volcanism and geochemical transport between rain, soils, volcanic ash, and the fjords ecosystems at the end of the world

A research group led by Prof. Dr. G. Wörner of the Department of Geochemistry and Isotope Geology of the Geosciences Center has worked in a long-term collaboration with Prof. Dr. Rolf Kilian in the inaccessible fjord and island zone of the southernmost Patagonian Andes in Chile to reconstruct the climate history in this region. Rolf Kilian died in May 2019 in a tragic accident during fieldwork in Patagonia. Now, the important work of a jointly supervised PhD student and an extended working group could be published in high-ranking international journals (Klaes et al., 2022a; Klaes et al., 2022b). The work is based on extensive soil analyses and, most importantly, detailed geochemical analyses on an approximately 4500-year-old stalagmite. This stalagmite is the southernmost limestone deposit of this type ever found and, based on its fine stratification, allows geochemical analyses with high temporal resolution and to reconstruct changing climate and chemical processes at the Earth’s surface. This is because the compositions of the sub-millimeter thick layers reflect environmental conditions and the climate-controlled input of chemical substances from the surrounding soils and rocks over thousands of years in the past. As a completely new finding, remnants of volcanic dust from eruptions of nearby volcanoes were found in the soils and even in the stalagmite from the cave. The volcanic input can also be proven by geochemical anomalies in the stalagmite (e.g. incorporation of sulphur) and can even be assigned to individual explosive volcanic eruptions of the geological past by dating the stalagmite layers. These volcanic deposits are of fundamental importance for the chemical processes in the moors and have a particularly strong effect under the influence of the extreme precipitation in the region. Together with detailed studies of organic and mineral components embedded in the stalagmite, new insights into the effects of eruptions of different sizes on the Magellanic peatland ecosystem could thus be clearly documented and better placed in time. Volcanic input provides nutrients and thus makes a critical contribution to aquatic bioproductivity in adjacent fjord ecosystems. This input, in turn, is directly related to the extreme climatic conditions prevailing in the region and their past fluctuations in a complex set of processes.


Geothermal energy for the campus: New video on EU-project MEET and our activities within it (Nov 11th, 2021, AP)

A short video giving a general overview on the EU-Horizon-project MEET has just been released. The new approach of "Enhanced Geothermal Systems (EGS)" focuses on the exploitation of the subsurface heat trapped in any geological setting in an effort to make geothermal heat available essentially everywhere. The Göttingen campus is one of the demonstration sites having an existing heating district system, but a very limited knowledge of the unconventional target horizon and its geological setting, "Folded and thrusted Variscan metasediments". In an interview, Bernd Leiss and Ali Abdelkahlek from GZG´s structural geology department and the Universitätsenergie Göttingen GmbH explain our approach and show first results. Our commitment is in line with a statement of the prospective new government of Germany 2021 in its coalition agreement: “We want to intensify the usage of geothermal energy by improving the data situation and by evaluating a success risk insurance for geothermal wells”. 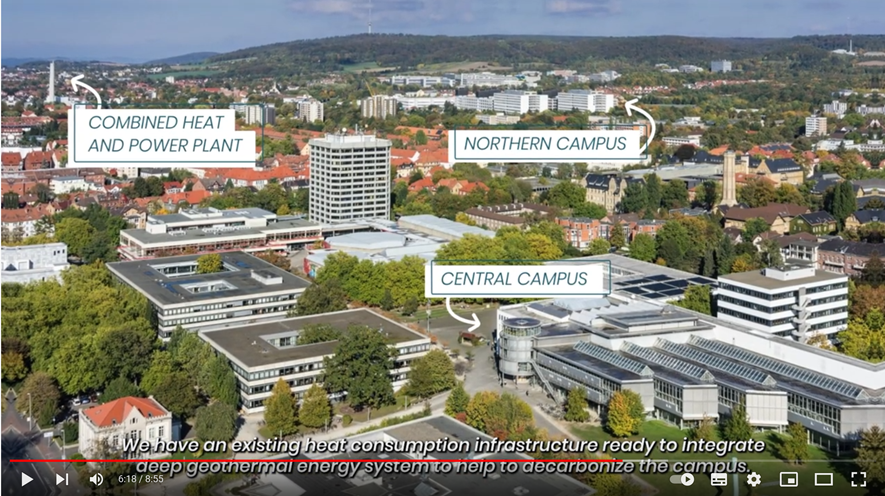 The Abraham-Gottlob-Werner Medal is the highest award for scientific achievements that is awarded by the German Mineralogical Society. Gerhard Wörner is honoured for his outstanding achievements in the field of geochemistry and volcanology. Gerhard Wörner received his PhD 1982 from Ruhr-University Bochum (Germany) and, since 1993, he has held a professorship in geochemistry here in Göttingen. His research in the Central Andes links the record of magmatic evolution, as archived in the growth history of phenocrysts in lavas, to the volcanological evolution of individual volcanic centers. He studies volcanic deposits and aspects of crustal and landscape evolution as related to the formation of the Central Andes. In addition, he works on arc magmatism in Kamchatka (Russia) and in Central America. 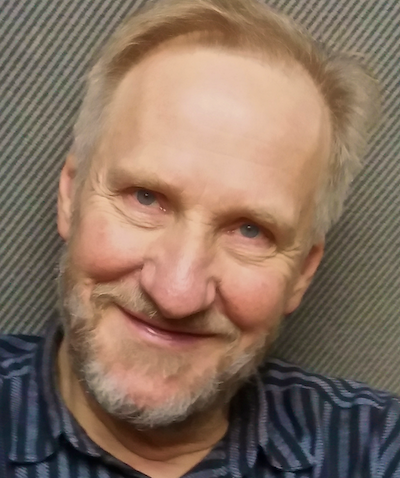 Geochemists and a petrologist from the Universities of Cologne, Göttingen and Åarhus (Denmark) have published new results on the interaction between atmospheric CO2, lithosphere and hydrosphere in the early days of our planet Earth. The study was led by Dr. Daniel Herwartz from the University of Cologne, who formerly worked in Göttingen as PostDoc.

"This study led by Daniel, is a wonderful example that the Earth has to be looked at as a system of interaction between atmosphere, hydrosphere, and lithosphere." says Andreas Pack. 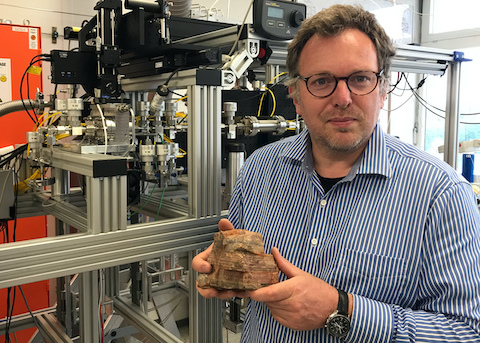 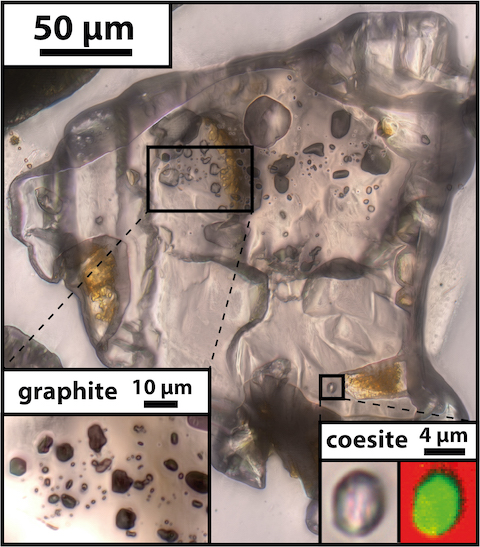 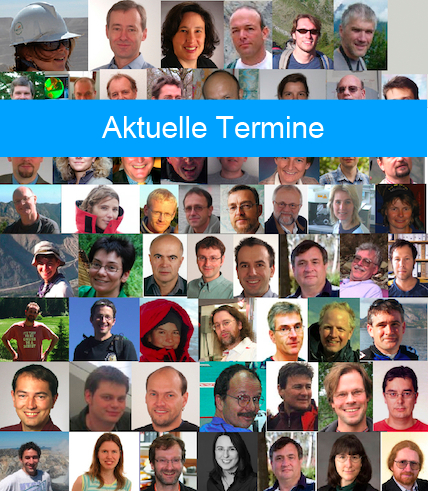 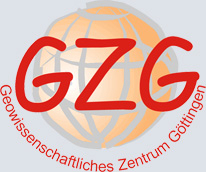