This book presents a complete method for the identification of metaphor in language at the level of word use. It is based on extensive methodological and empirical corpus-linguistic research in two languages, English and Dutch. The method is formulated as an explicit manual of instructions covering one chapter, the method being a development and refinement of the popular MIP procedure presented by the Pragglejaz Group in 2007. The extended version is called MIPVU, as it was developed at VU University Amsterdam. Its application is demonstrated in five case studies addressing metaphor in English news texts, conversations, fiction, and academic texts, and Dutch news texts and conversations. Two methodological chapters follow reporting a series of successful reliability tests and a series of post hoc troubleshooting exercises. The final chapter presents a first empirical analysis of the findings, and shows what this type of methodological attention can mean for research and theory. 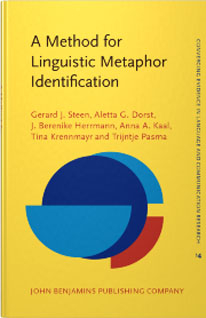