Julia Ostner and Oliver Schülke are leading research on macaque socio-ecology at Phu Khieo Wildlife Sanctuary in Thailand since 2005. 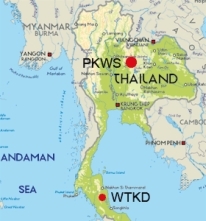 The field site was originally established by Andreas Koenig (more) and Carola Borries (more) from Stony Brook University, USA. The macaque project has been initially funded by National Geographic Society, then by the Max-Planck Society and now by grants from the German Initiative for Excellence to Georg August University Göttingen.

Phu Khieo Wildlife Sanctuary (PKWS, ~1600 sqkm) is part of the Western Isaan Forest Complex, a ca. 6000 sqkm network of eight connected Wildlife Sanctuaries and National Parks.The forest harbors an intact and diverse community of predators (including dholes, clouded leopards, leopards, and tigers) and large populations of elephants and gaurs. The habitat at the field site at Huai Mai Sot (600-800m above sea level) is composed of hill evergreen forest with patches of dipterocarp forest and bamboo stands. It is accessible by a system of marked and mapped animal trails of more than 70km in length. 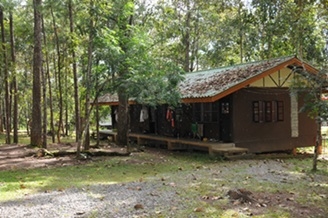 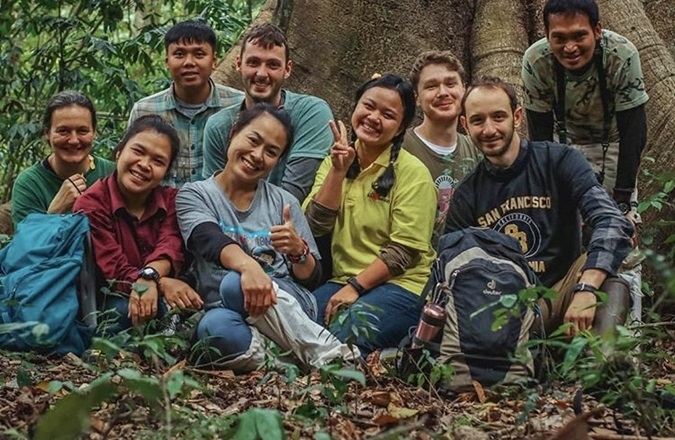 Research on macaques directed by Julia Ostner began in May 2005 with the aim of studying the behavioral ecology of macaque monkeys (genus Macaca) in the absence of human disturbance in their natural habitat. The goal was to provide a holistic picture of macaque behavioral biology by integrating different aspects that are usually studied in isolation in order to test theoretical models on social evolution and eventually to further our understanding of human evolution. During the first year one group of Assamese macaques was habituated to the presence of humans until the monkeys completely ignored their observers. Since then this study group AS has been under continuous observation often being followed every day. Data on the social and feeding behavior of adult individuals has been collected using groups can observations in the first year and using focal animal observations throughout the study period. Immature group members have been observed for a few months in 2008 and continuously since June 2011. In addition to behavioral data, GPS data on the travel behavior of the monkeys have been collected as well as different types of samples for supplementary analyses. Food samples have been collected for nutritional analyses at the Animal Nutrition Laboratory at Kasetsart University, fecal samples have been collected for the analyses of hormone excretion at German Primate Center Göttingen, Germany and the Veterinary Science Faculty of Kasetsart University, for the analyses of genetic relatedness between individuals at the Max Planck Institute for Evolutionary Anthropology Leipzig, Germany and Veterinary Science Faculty of Kasetsart University, and for analyses of gastrointestinal parasites at Veterinary Science Faculty of Khon Kaen University. In order to describe the botanical forest composition in the study area and the way that the primates perceive the abundance and distribution of food in the forest, 41 permanent botanical plots of 50x50m were established with the help of a recent graduate from the Forestry Faculty of Kasetsart University. Additional tree counts were performed around 10 of these plots to generate information on a higher level (100x100m). Since October 2007 a sample of 638 trees of 76 Assamese macaque food tree species are monitored every month for changes in their phenology. The habituation of a second group of Assamese macaques has progressed to a stage that the first behavioral data can be collected since December 2011. The main results and conclusions from research on macaques in PKWS are summarized below.