Special features of the Japan section

Declared a 'National Conservation Collection' (Nationale Schutzsammlung) the Japan section contains more than 200 woody plant species in 2011. It is situated around the Microbiology and Plant Pathology buildings, guest house, ENI (Europäisches Neurowissenschaftliches Institut), and Biozentrum (see map). The Japan section has been severely affected by development activities around the ENI and Biozentrum, resulting in a massive decline of its inventory. However, after completion of the buildings the new outdoor facilities will be incorporated into the Arboretum and the collection within the Japan section will continue to grow. 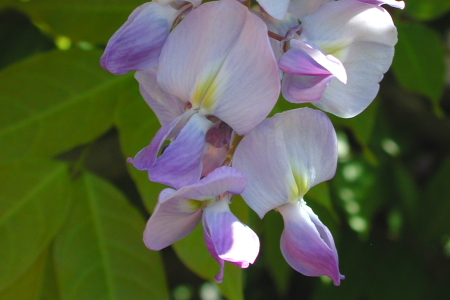 Characterized by a huge amount of decorative, woody plants worthy of being planted in a garden, the Japan section will delight plant lovers and garden owners alike. Floristic highlights include the cherry blossom in April and the display of colourful fruits and foliage by many of the section’s woody plants in fall.

The vegetation of Japan covers a wide geographical area extending from the subtropical Ryukyu Islands to the Kuril Islands, the latter being affected by subarctic conditions. Mountain forests experience high levels of precipitation and humidity. As a consequence of the enormous climatic gradient between northern and southern islands and a great degree of geographic isolation, the Japanese flora is extraordinarily rich in species.

Declared a “National Conservation Collection” (Nationale Schutzsammlung) by the 'Botanical Gardens Association' (Verband Botanischer Gärten, VBG), the Japan section as a living reference collection plays a pivotal role in the conservation of gene resources of Japanese trees and shrubs. Since 1999, on behalf of the Federal Agency for Nature Conservation (Bundesamt für Naturschutz) the VBG, which represents Botanical Gardens of the German-speaking countries, has developed a concept to identify important collections, worthy of particular attention. This concept aims at the conservation of cultural heritage and plant biodiversity, as well as protection and continuity of botanical collections. Other 'National Conservation Collections' include the Korea and Caucasus/ Asia Minor sections of the Plant Geographic Arboretum.

Notable trees within the Japan section

The southernmost representatives of the Japanese flora to be seen in the section, namely Hinoki or Japanese Cypress (Chamaecyparis obtusa) and Japanese White Pine (Pinus parviflora), naturally occur in cool-temperate to alpine mountain ranges on Kyushu and Shikoku Islands, both of which are in the subtropics.
Most of the Japanese woody plants that are capable of withstanding the German winter originate from the temperate to alpine regions on the main island Honshu, e.g. Japanese Maple (Acer palmatum), Cornus controversa, Kobushi Magnolia (Magnolia kobus), and Sargent’s Cherry (Prunus sargentii).
Northern Japanese plants include Sakhalin Fir (Abies sachalinensis), Betula maximowicziana, Japanese Yew (Taxus cuspidata), and Laurel-leaf Poplar (Populus laurifolia). 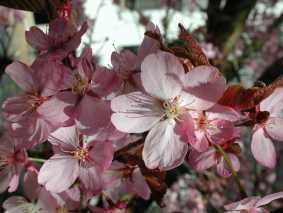