The surface of a material often has properties that are very different from the properties within the material. For example, a non-conducting crystal, which actually exhibits no magnetism, can show magnetisation restricted to its surface because of the way the atoms are arranged there. These distinct properties at interfaces and surfaces of materials often play a key role in the development of new functional components such as optoelectronic chips or sensors and are therefore subject to extensive research. An international research team from the University of Göttingen, the Max Planck Institute for Biophysical Chemistry Göttingen and the National Research Council Canada has now succeeded in investigating the surfaces of transparent crystals using powerful irradiation from lasers. The results of the study were published in the journal Nature Communications.

The researchers describe their method, which relies purely on light, to determine electrical and magnetic properties on surfaces. This new method could play an important role in the investigation of transparent, non-conductive materials, as established methods using electrons often experience experimental limitations due to low conductivity, among other difficulties. The use of light helps get around these limitations: when light rays hit a material surface, for example a glass pane, they are reflected at the interface, refracted and absorbed into the material. These effects, which can be observed in everyday life, are the result of the interaction of the weak light field with the atoms and electrons of the irradiated material. In the case of stronger light fields, which are achieved with lasers, further effects occur, which can, for example, generate higher light frequencies – known as high harmonic radiation. These effects are often dependent on the direction of oscillation of the light field relative to the atomic arrangement in the material.

"We take advantage of this dependence when generating high harmonic radiation to gain insights into the properties at and near the surface of transparent materials," says first author and PhD student Tobias Heinrich from the Faculty of Physics at Göttingen University. "The light field we use is composed of two laser pulses rotating in opposite directions at two different frequencies, and this results in a cloverleaf-shaped symmetrical field." These tailor-made light fields can be adapted to the atomic arrangement of the material to control the generation of the high harmonics.

"We show that this control can be used to study magnetisation at the surface of magnesium oxide," explains Dr Murat Sivis, the study lead. Depending on the direction of rotation of the light field – also called chirality – the generated ultraviolet light is absorbed to different degrees at the interface. "For various materials that do not actually exhibit magnetisation or electrical conductivity, these properties at the surface have been predicted in theory," Sivis said. "In our study, we show that it is now possible to investigate such phenomena using just optical methods, probably even at very short time scales." The researchers also hope to gain new insights into the electronic properties of other chiral materials, as the study shows using the example of the helical crystal structure of quartz. The sensitivity to chiral phenomena on surfaces could potentially open up new opportunities for research into innovative functional materials. 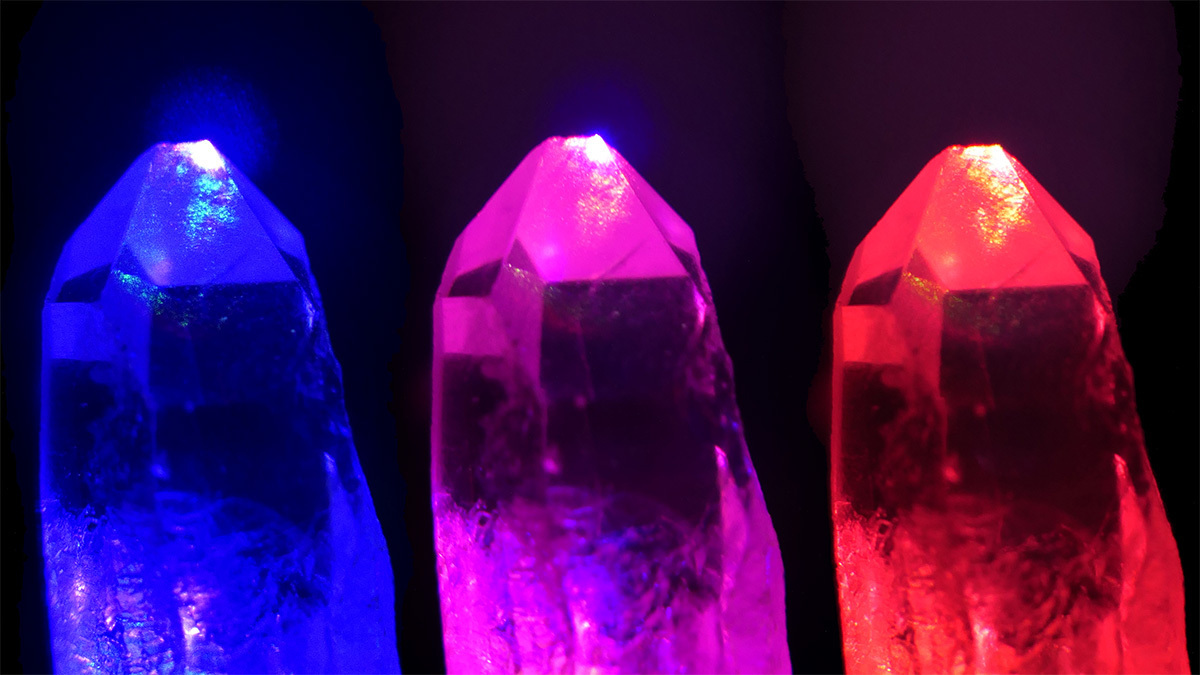 Image of quartz crystals under illumination with strong laser fields of different coloured light (red and blue), and both colours added together (middle). 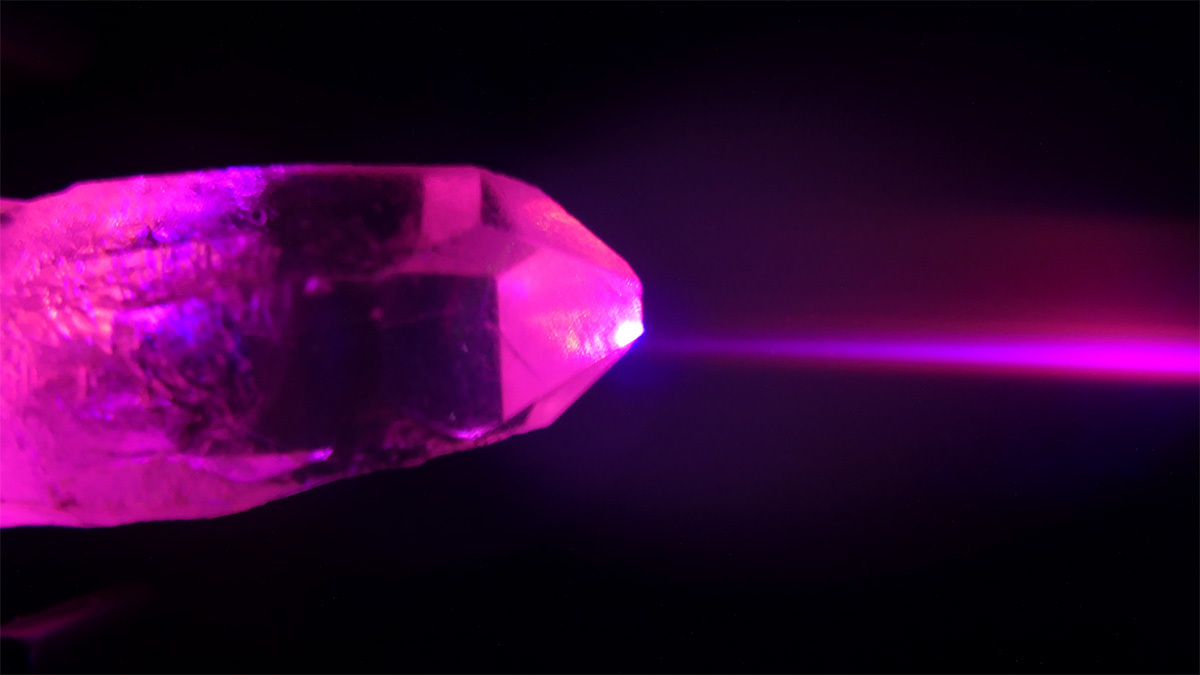 Image of a quartz crystal illuminated by light made up of two colours. 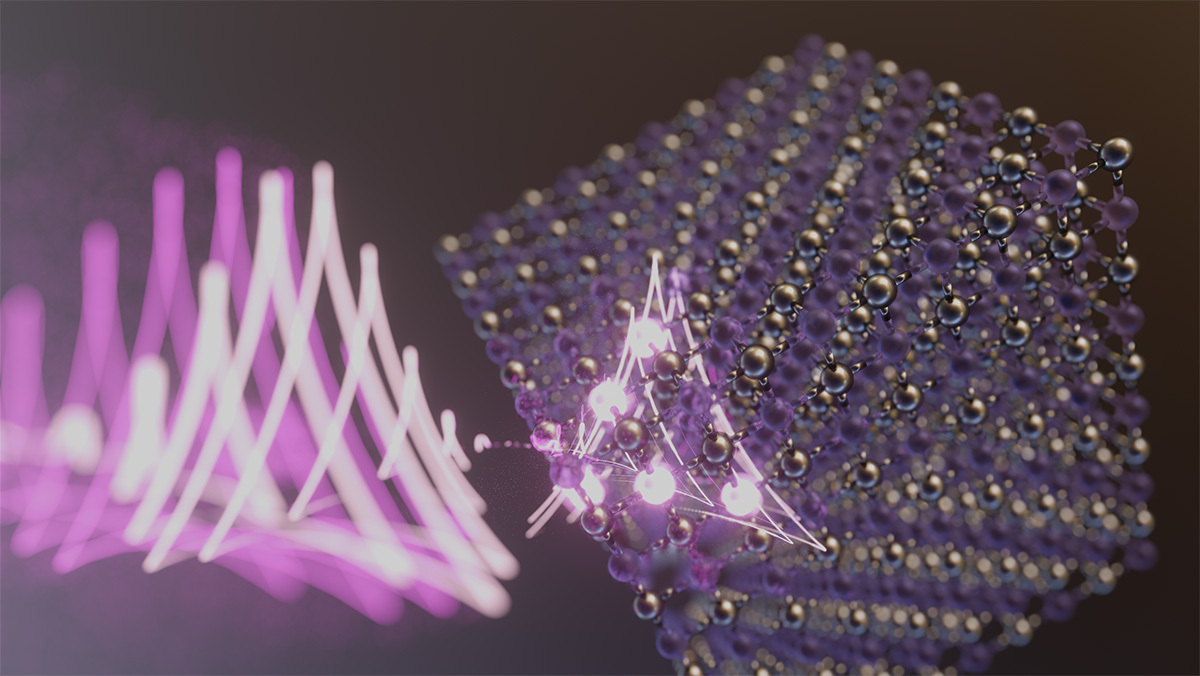 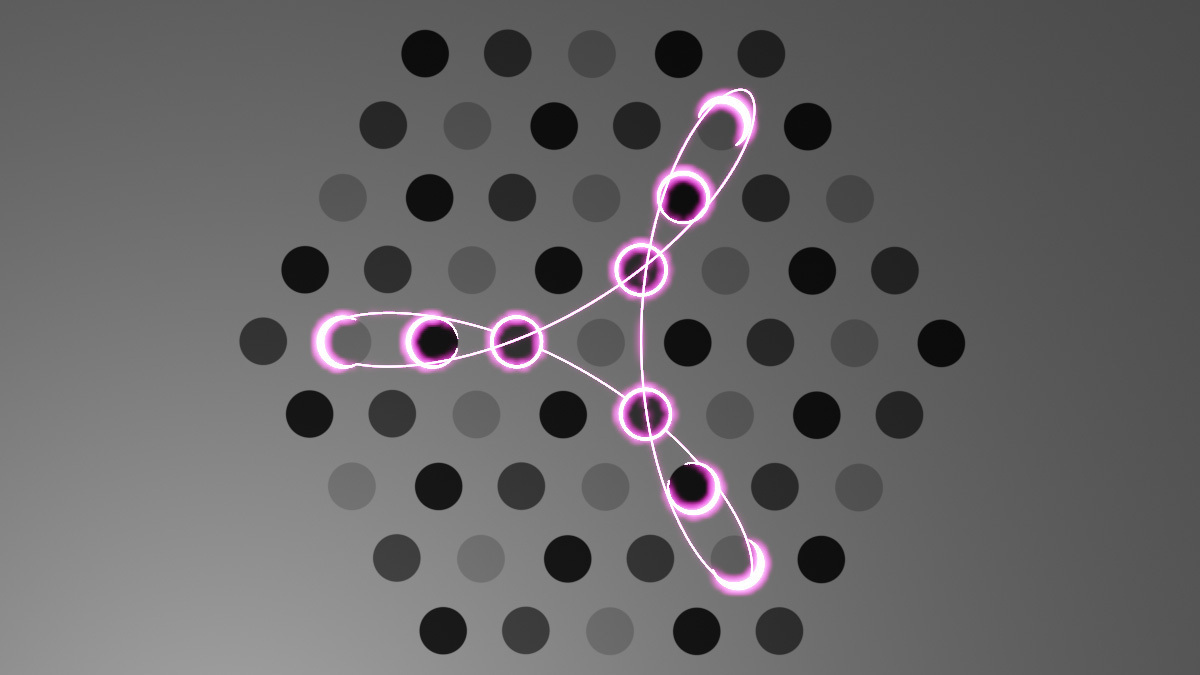 Representation of the interaction of a cloverleaf-shaped laser field with the crystal structure of a solid surface. 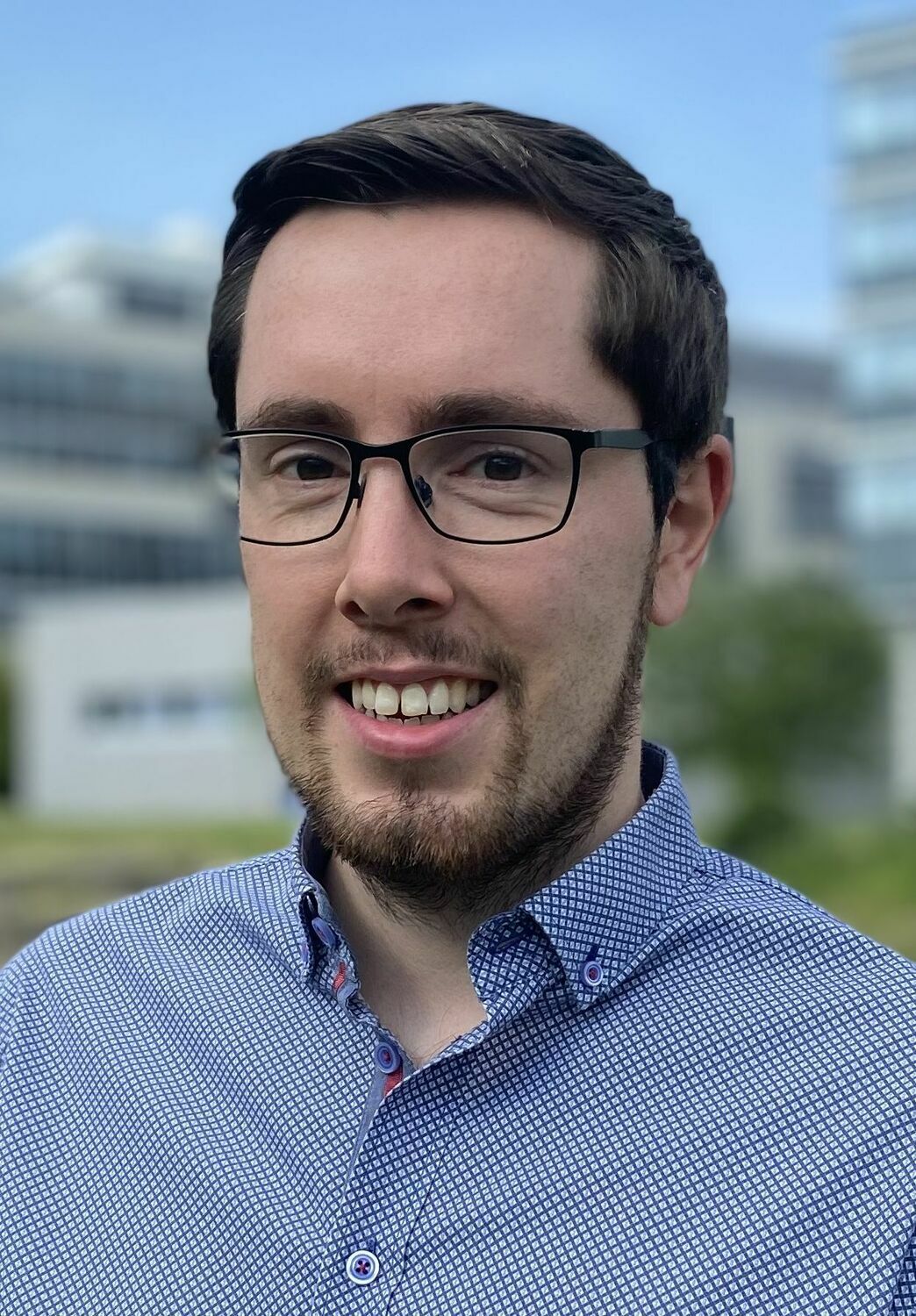 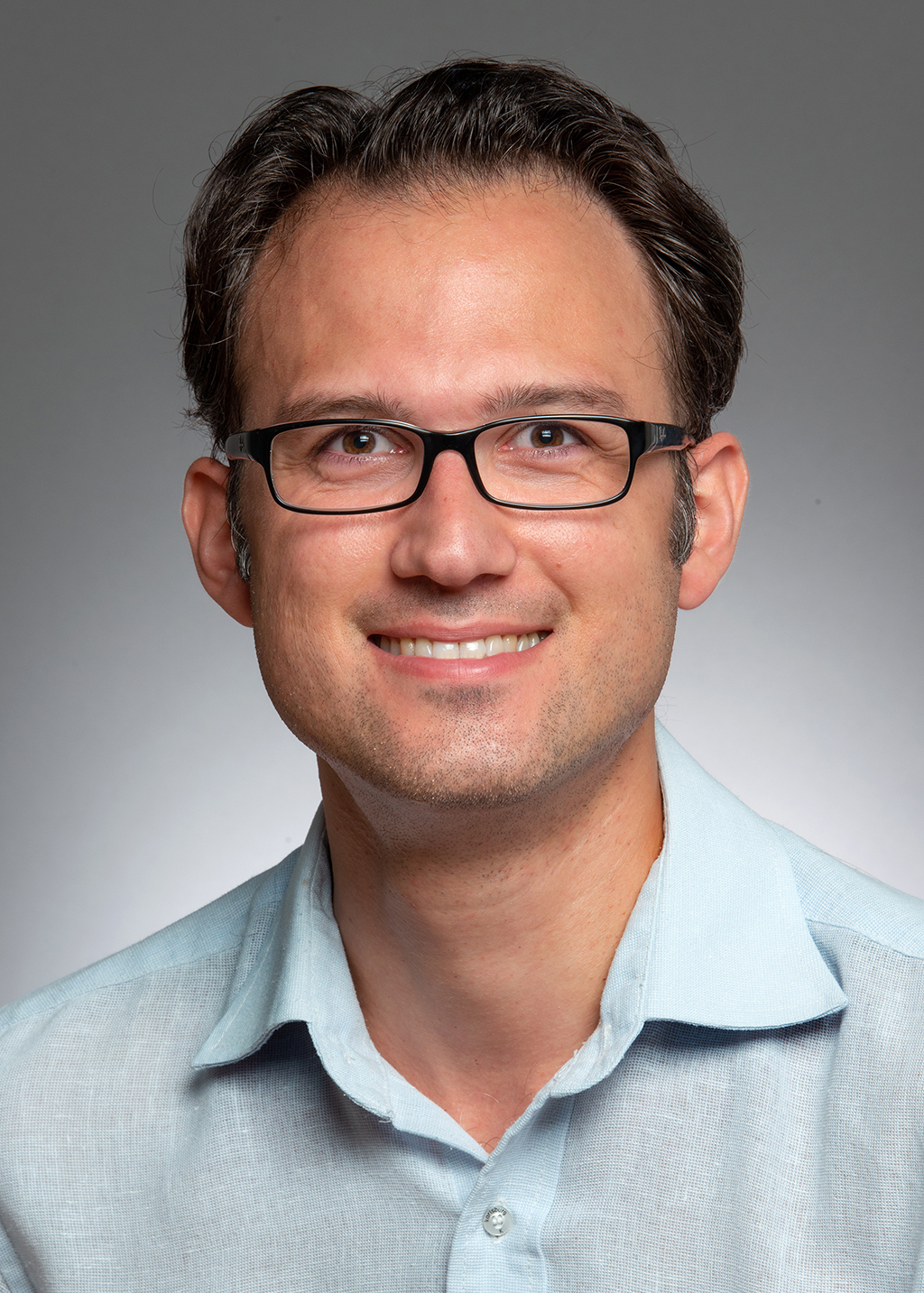