New Honorary Professor of the Faculty of Business and Economics 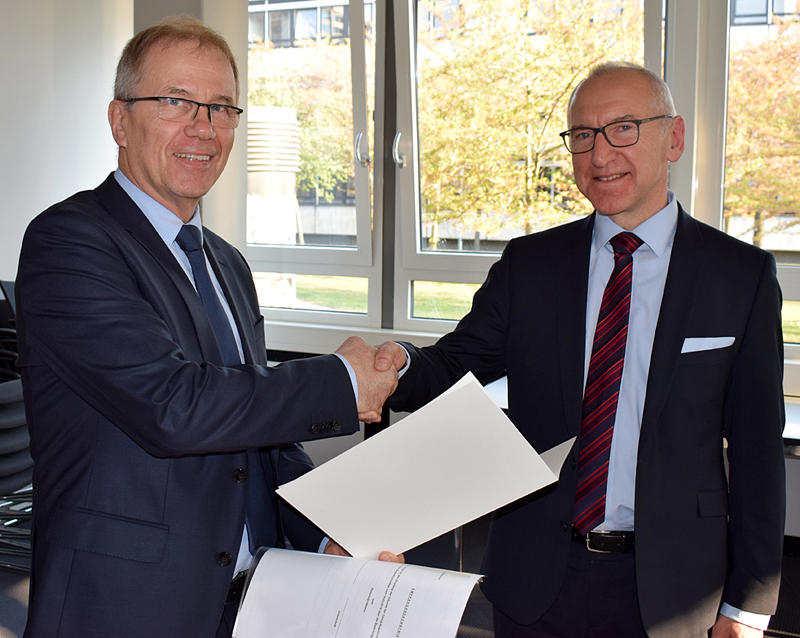 Dr. Alois Nacke (right) is the new Honorary Professor of the Faculty of Business and Economics. Prof. Dr. Andreas Oestreicher presented the lawyer with the certificate of appointment on 16 April 2019.

Alois Nacke studied social sciences and law at the University of Münster from 1979 to 1989. He then earned his doctorate degree with a thesis on the history of law. For several years, he was the head of the legal remedy office and the tax audit at the Wilhelmshaven tax office. In 1999 he was appointed judge at the Finance Court of Lower Saxony. Prof. Nacke has been a judge at the Federal Fiscal Court in Munich since January 2016. He is a member of the XI Senate.

In his lectures at the Chair of Business Taxation (Prof. Dr. Andreas Oestreicher) Prof. Nacke deals with questions of tax procedural law and tax law.