Professor Stephan Klasen, Ph.D., Professor of Development Economics at the Faculty of Business and Economics of Georg-August-Universität Göttingen and Director of the Ibero-America Institute for Economic Research at the University of Göttingen, died on October 27, 2020, at the age of 54 after a long and severe illness.

Stephan Klasen studied at Harvard University, where he also received his doctorate under Nobel Prize winner Amartya Sen. In his dissertation, he examined the excess mortality of girls and women historically and in countries of the Global South, the so-called “missing women” problem. After completing his doctorate, he first went to the World Bank in Washington, D.C., and South Africa, where he advised, among others, the South African government of Nelson Mandela. After a postdoctoral stay at the Kings College of the University of Cambridge and his first professorship at the University of Munich, Stephan was appointed to the University of Göttingen. Since September 2003, he held the professorship of Development Economics and was head of the Ibero-American Institute of Economics. He was also a long-standing co-editor for the journal Review of Income and Wealth.

Stephan has significantly contributed to the expansion of development economics in Göttingen and, by establishing diverse and cross-faculty cooperations and networks, has enabled interdisciplinary research in this field. Today, Göttingen is Germany’s largest and internationally most visible location for research on developing countries. Together with colleagues from agricultural economics and statistics, he founded the Courant Research Center “Poverty, Inequality and Growth in Developing Countries” as part of the Excellence Initiative in 2007. He was involved in two Collaborative Research Centers, two Research Units and two Research Training Groups of the German Research Foundation (DFG) in Göttingen. The DFG Research Training Group “Globalization and Development,” which Stephan led even when he was already seriously ill, deserves special mention. Generations of doctoral students have benefited from this tireless commitment and have called his work the "Göttingen School".

Stephan was a passionate university teacher who knew how to inspire students for his subject. He mainly offered courses in development economics, macroeconomics, welfare economics, and gender economics in his teaching. The Master’s programme in Development Economics, which he co-initiated, is widely popular and brings students from all over the world to Göttingen.

He was a world-renowned expert and highly regarded advisor on global development issues. His membership of the United Nations Committee on Development Policy, which he has held since 2013, is particularly noteworthy. Despite his serious illness, he stayed in this position until he passed. As a member of the Intergovernmental Panel on Climate Change (IPCC), he contributed to the Fifth Assessment Report in 2014. He was also a member of the Scientific Advisory Board of the German Federal Ministry for Economic Cooperation and Development. He was a sought-after advisor to national and international organizations such as the World Bank, UNESCO, and UNDP, to name but a few. Stephan was Chairman of the Committee on Developing Countries of the Verein für Socialpolitik and President of the European Development Research Network (2015-2018). In all these functions, he has rendered outstanding services to the exchange between science and development policymakers.

Through his research contributions in various fields of development economics, Stephan has earned great merits. He was one of the world’s leading experts on issues of economic and social gender inequality. For his services to development economics at the University of Göttingen, he was awarded the Foundation Council’s Special Prize in 2016. In 2018 he was awarded an honorary doctorate from the Spanish University Jaume I in Castellón near Valencia. On the occasion of his farewell lecture in autumn 2019, the University established the Stephan Klasen Fellowship for young researchers from countries of the Global South to honor his outstanding services to promote young researchers.

Stephan has shaped his field, development economics, like hardly anyone else in Germany and Europe. The emergence of modern development economics in Germany since the early 2000s is largely due to his commitment and work. He has inspired generations of students and doctoral candidates and has contributed to national and international development policy debates with dedication. His work will live on for generations to come.
Unfortunately, we are losing our esteemed colleague, who was full of energy and ideas and was committed to the interests of his students, doctoral candidates, and staff to the very end, much too soon. We will miss him.

The Faculty of Business and Economics will honor his memory. Our deepest sympathy goes to his wife and four children. 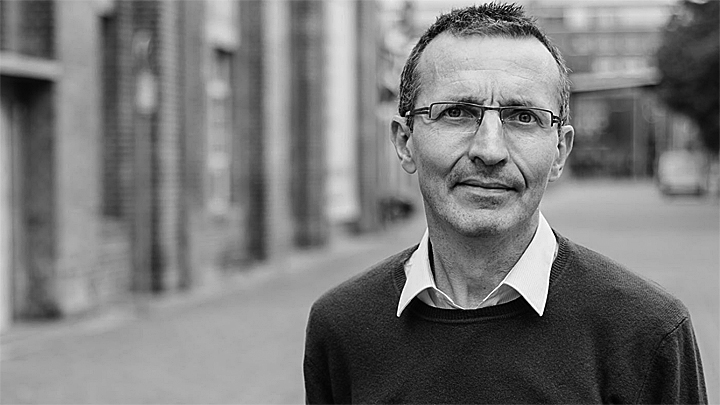