Previous discussions about climate change, energy transition, losses of biodiversity and last but not least food security takes place on a global scale. This leads to the decentralization of government structures and to open questions about responsibilities. This issue becomes even more severe if environmental problems are discussed in the context of development in countries of the global south (Freytag et al. 2015: 20 - 27).

Because of the rainforest´s decrease and the growing attention on environmental topics the Indonesian government is forced to control the palm oil production. One way of doing this is by certifications. At the moment there are two big certification programs, trying to reach sustainability in Indonesian: One is the Roundtable of Sustainable Palm Oil (RSPO), which is organized by a NGO together with companies along the whole supply chain. The other certificate is called the Indonesian Sustainable Palm Oil (ISPO). The thesis will focus on the ISPO certification scheme out of two reasons. First, the aim of the ISPO certification was to finish the first audits by the end of 2014. Second, it is an obligatory certificate for every farmer in Indonesia (Dera 2009:15).

This master thesis will focus on the questions of how the ISPO certification is used by different stakeholders to influence small farmer´s actions and how this plays out in reality by conducting qualitative interviews in Jambi. The aim of the thesis is to find out why small holders choose to take part in certification schemes and which consequences they might face in the future if they choose to not take part in the ISPO certification by identifying potential or already existing conflicts in this context.

The Thesis will be conducted in close contact with C04 and C06. 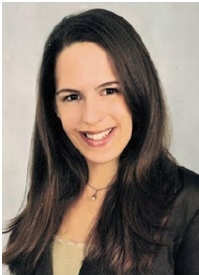