Special features of the China section

The China section stretches along the outdoor facilities surrounding the Geology/ Geography, Physics, as well as Organic and Inorganic Chemistry buildings (see map).

The section totals about 300 tree and shrub species in 2011 and is being expanded continually by means of plant cultivation. 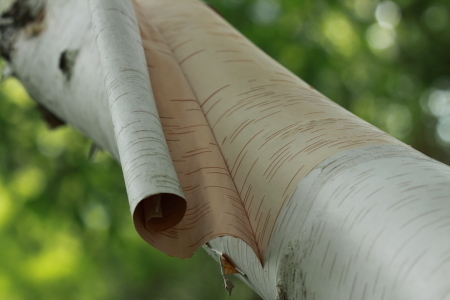 Tertiary Forest in the Geopark

The China section also includes the Geopark, which belongs to the Faculty of Geoscience and Geography. Based on fossil records obtained from clay works at Willershausen am Harz by palaeontologist Alfred Strauß, the Tertiary Forest within the Geopark is being developed using a selection of European and East-Asian trees and shrubs.

In the western part of the Geopark you can see the three famous “living fossils”, namely Giant Redwood (Sequoiadendron giganteum), Dawn Redwood (Metasequoia glyptostroboides), and Ginkgo (Ginkgo biloba). These ancient species are relics from the early phases of plant evolution. 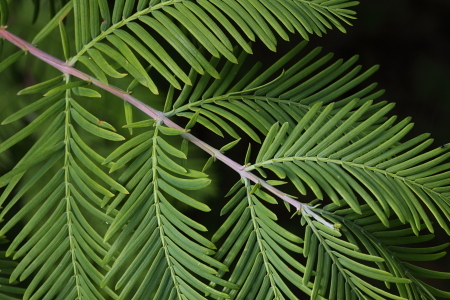 Side shoot of Dawn Redwood (Metasequoia glyptostroboides) within the Geopark 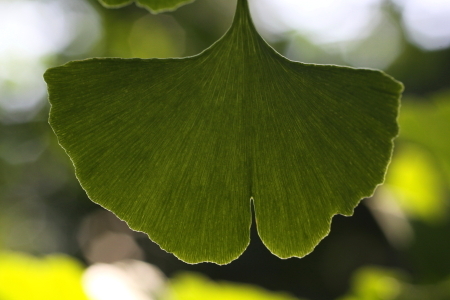 Notable trees in the China section

Growing along the western flank of the chemistry building, the Chinese Dogwood (Cornus kousa var. chinensis) is one of the most beautiful woody plants withstanding German winter conditions. Albeit the flowers being quite inconspicuous, the cream white to pure white floral bracts are close to decorative perfection. Moreover, bright orange-red fruits in late summer and autumn foliage of the same colour are a feast for the eye. 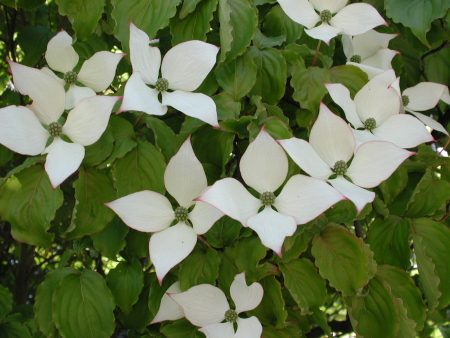 
Naturally occurring in the mountain ranges of Yunnan, Hubei, and Szechuan at altitudes between 1,200 and 3,000m (app. 3,900 to 9,800ft), Père Davids Maple (Acer davidii) is a lovely tree from central China. The German common names Schlangenhaut (Snakeskin) and Streifenahorn (Striped Maple) refer to the bark’s white pattern of longitudinal stripes, which becomes more and more beautiful with age. The tree also displays a colourful foliage in fall. Growing up to 15m (app. 50ft) in height the tree remains markedly smaller in central Europe, which is why the tree is suitable for being planted as specimen plant even in smaller gardens and parks.
Currently all specimens are under cultivation. Instead you will find a similar pattern of the bark in Manchurian Striped Maple (Acer tegmentosum). 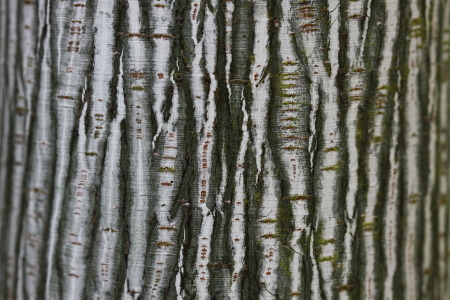 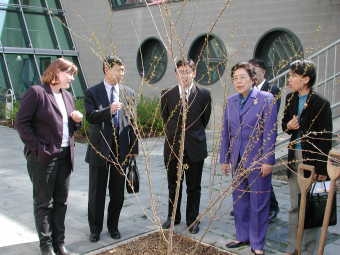 Professor A. Polle, scientific director of the Forest Botanical Garden and Plant Geographic Arboretum (left), and delegates of the Chinese Academy of Forestry planting a Prunus mira tree in the courtyard of the new physics building.