Many insects heavily damage agriculture and forestry or transmit deadly diseases of animals and humans. Current control efforts rely mostly on the use of insecticides, but chemical control is not always harmless and the costs of developing new chemical products to overcome the world-wide threat of insecticide resistance are escalating. Moreover, to protect biodiversity the establishment of pest-specific management methods is desirable. In our laboratory we use biotechnological techniques for the engineering of insects in order to make novel approaches possible to selectively produce vigorous and potent sterile males by generating conditional male sterility in combination with conditional female embryonic-lethality. To minimize the concerns coupled with the release of transgenic organisms, SIT programs are actually ideal, as the sterility of the released males will serve as a biological safety mechanism for containment as it impedes transgene spread and allows for a safe deployment. Having an ecological background on my career, this was of great importance to me. 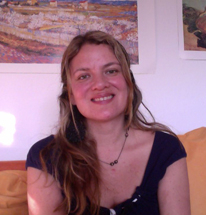