Analytical Facilities of the Geochemistry and Isotope Geology Department

The ThermoFisher Scientific Neptune Plus is a multi-collector inductively plasma mass spectrometer (MC-ICPMS) equipped with a ‚jet interface’ for enhanced sensitivity. Nine movable Faraday collectors can be paired with a selection of amplifiers, ranging from 1010 to 1013 Ω. Our Neptune Plus is fitted with a multi-ion counting (MIC) array as well as a central RPQ filter and a discrete dynode multiplier that allows simultaneous detection of low-intensity beams and that yield a dynamic range spanning nine orders of magnitude (from sub aA to 5 nA). The instrument is used predominantly for high-precision isotope ratio analysis in solution mode (Teledyne Cetac Aridus 3) but can also be connected to a Resonetics Resolution M50 laser ablation system. 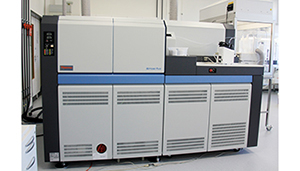 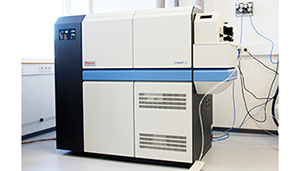 The Resonetics Resolution M50 Laser ablation system is equipped with a 193nm ArF excimer laser (Coherent COMPex). Its optical system comprises variable, discrete spot sizes ranging from 5 to 250 μm with round or rectangular shapes. Its features a small volume Laurin Cell S-155 that can accommodate standard-sized mounts, thin and thick sections as well as larger sample sizes of up to several centimetres in diameter. The laser is routinely operated in energy constant mode (with a maximum output of 80 mJ) in conjunction with our ThermoFisher Scientific Element2 for multi-element trace analysis as well as U-Pb isotope analysis in silicate materials and oxides. For better signal stability, the laser aerosol is first passed through a squid-type sample splitter before being introduced into the ICP source. The microscope can be operated in reflected and transmitted light. 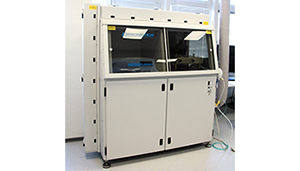 The ThermoFisher Scientific iCAP-Q is a benchtop, quadrupole inductively-coupled plasma mass spectrometer used for multi-element trace analysis. It is equipped with a helium kinetic energy discriminator (He KED) and a collision-reaction cell that allow the reduction of isobaric interferences and the enhancement of background equivalent concentrations. Our system is used predominantly in solution mode, linked to an ESI SC-FAST autosampler that allows the efficient sample analysis but can be linked to a Resonetics Resolution M50 laser ablation system. 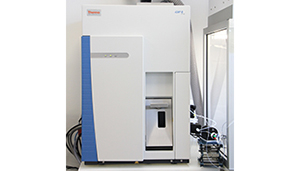 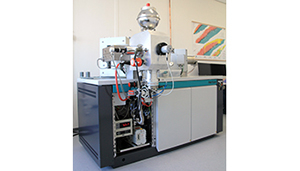 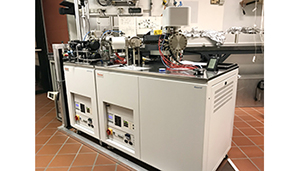 The 253Ultra is a new generation high-resolution double focusing gas-source isotope ratio mass spectrometer. Using the 253Ultra we measure the ratio of 17O/16O ratio of carbonates with paleo-climatological applications. 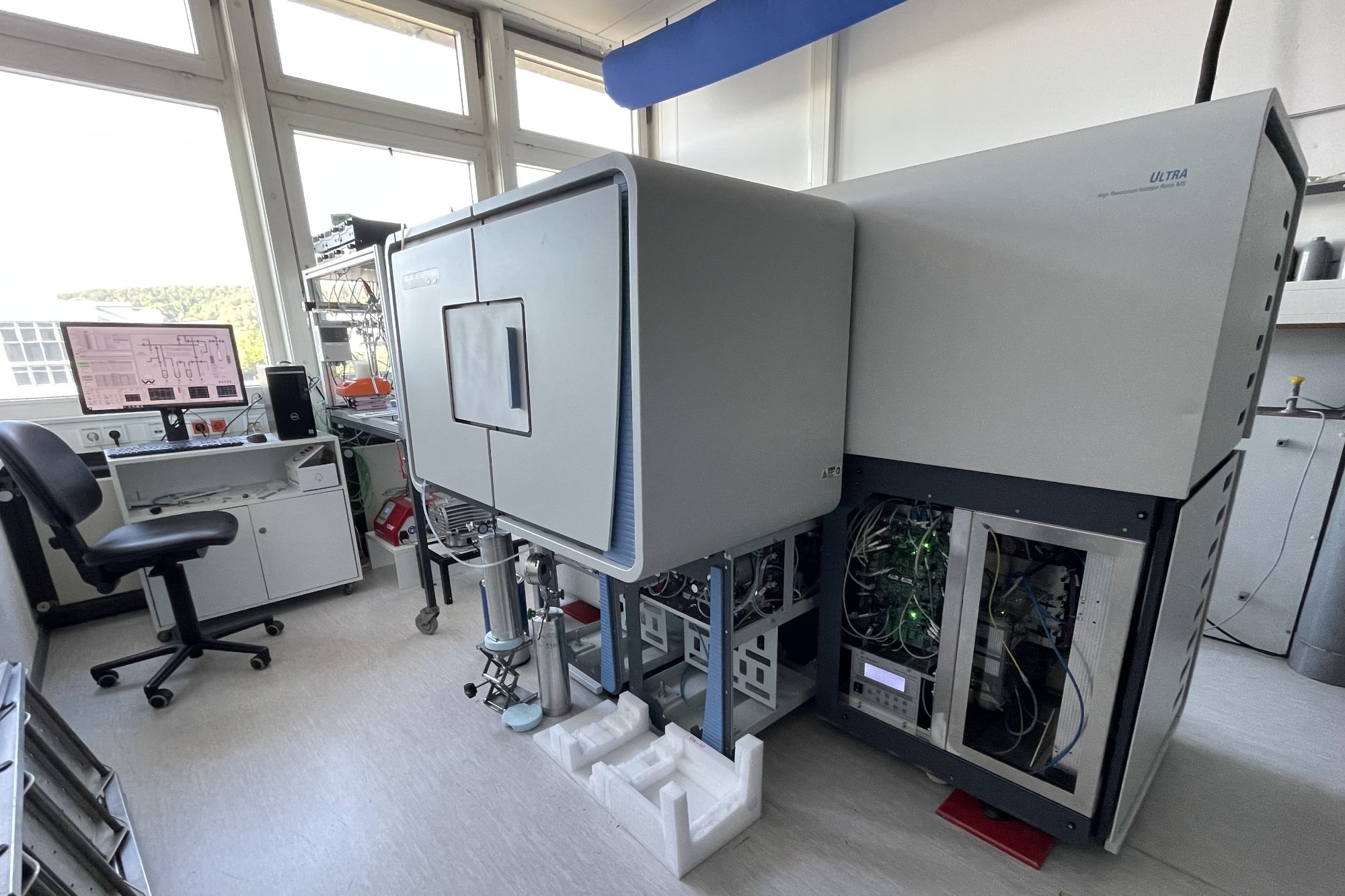 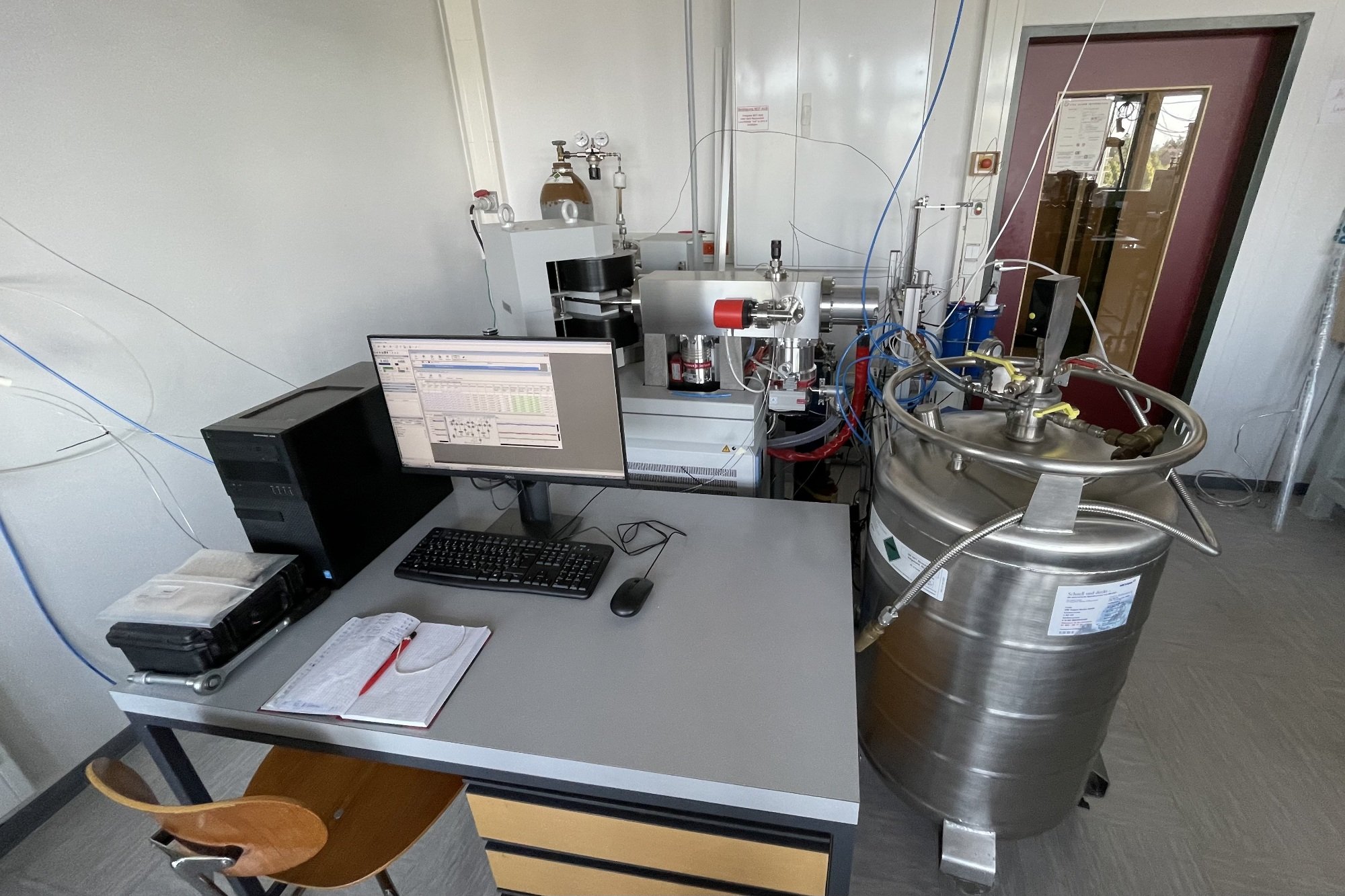 In combination with the two gas-source isotope ratio mass spectrometers, we use an automated infra-red laser fluorination line for the preparation of O2 gas from silicates and oxides for high-precision measurements of δ17O and δ18O. Due to full automation, about 15 samples can be run per day. The combination of the Kiel IV sample preparation device and Delta Plus isotope ratio mass spectrometer is used for routine measurements of δ13C and δ18O of typically 50 µg carbonate samples. The device allows the loading of 48 samples that are run fully automatic. 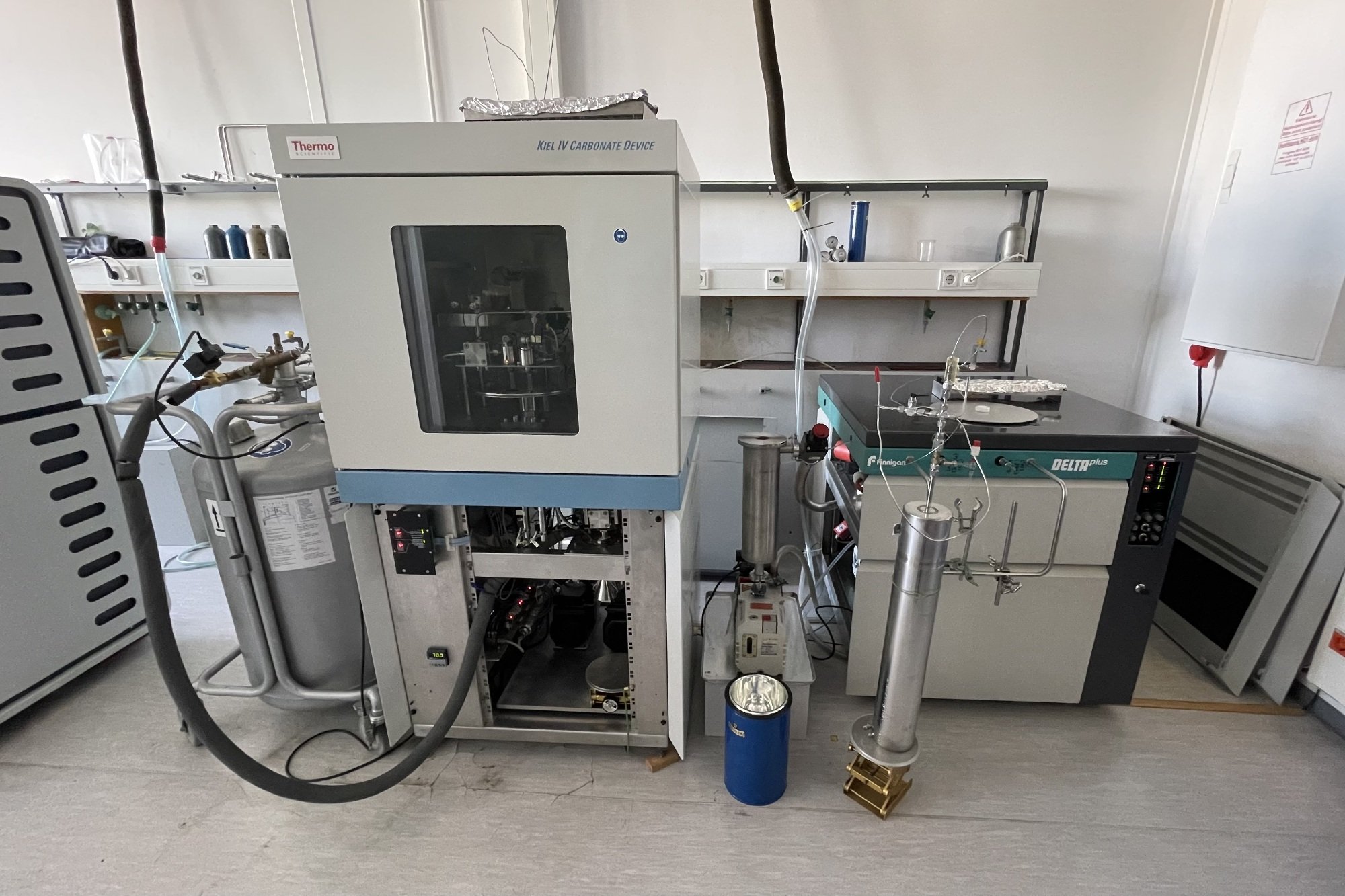 The newest addition to our laboratory is a tunable infrared laser differential spectrometer, which measures the triple oxygen isotope composition of CO2 gas by analysing its absorption spectrum. Our custom-built inlet system allows the mixing of the CO2 with pure N2 gas for peak broadening and a rapid changeover between the sample and reference measurements. For an external precision of 6 ppm in ∆17O, 2 mg of carbonate is necessary. 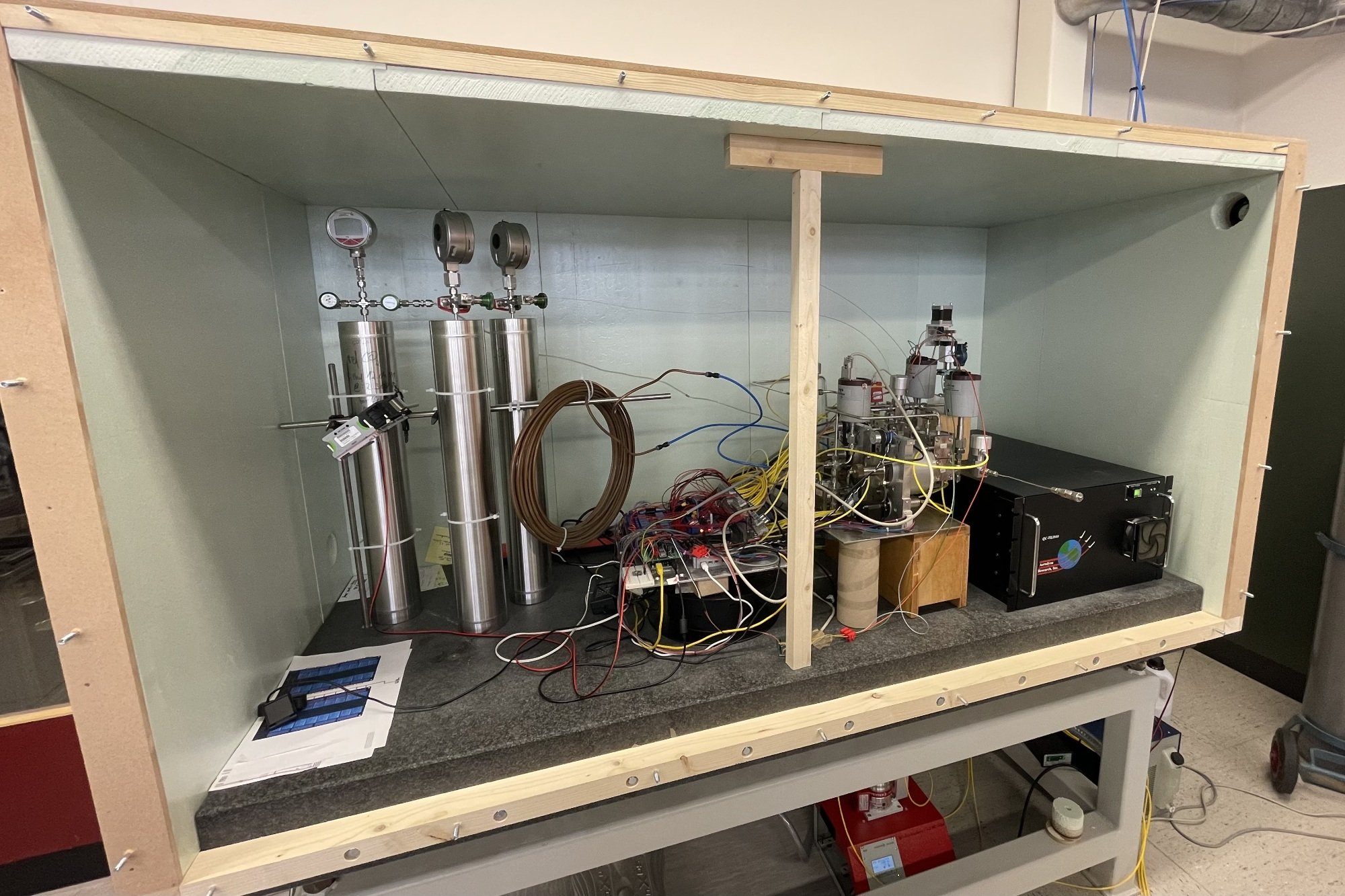 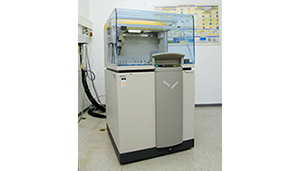 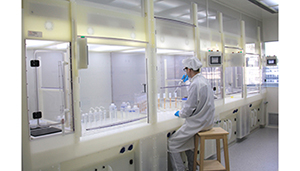 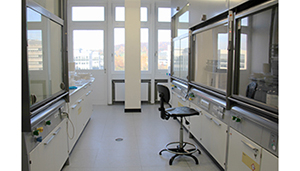 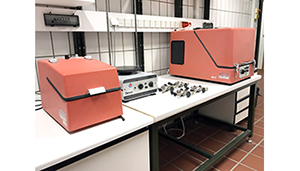 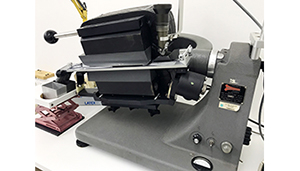 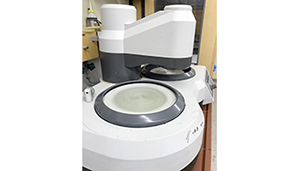