Unlike the Forest Botanical Garden which presents woody plants arranged in systematic groups, tree and shrub species within the Arboretum are arranged according to geographic region of collection (China, Japan, Caucasus/ Asia Minor, Korea, and North America).

Based on area the North America section is the largest of the Plant Geographic Arboretum, featuring about 200 tree and shrub species in 2011. It also represents the largest region of collection.

The section is situated below the Forest Botanical Garden and stretches along all outdoor facilities of the Faculty of Forest Sciences and Forest Ecology, Institute of Veterinary Medicine, and University of Applied Sciences and Arts Hildesheim/ Holzminden/ Göttingen (see map). 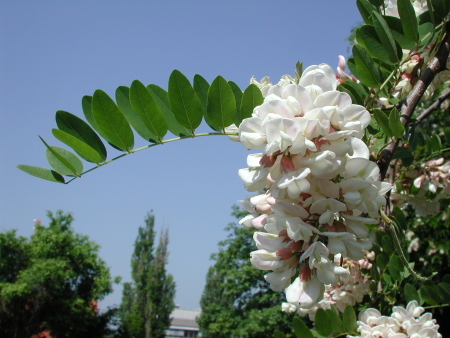 Observant visitors of the great parks of central Europe will recognize many North American tree species planted in these facilities.

Spending the fall in Göttingen without missing out Indian summer is possible – just take a walk through the North America section. Almost the entire set of tree species involved in the Indian summer are found here, displaying a luminous play of colours made of red, orange, yellow and brown foliage.

Native to North America, the California Sweetshrub (Calycanthus occidentalis) is a rare plant in German gardens. It belongs to the Calycanthaceae family, which contains only four species. The small, rufous flowers, measuring 5-7cm (app. 2-3in), appear in June/ July and resemble small Magnolia flowers. When the flowers are withering, tepals start shrivelling from the margin and the flowering scent reaches its climax.


The Southern Catalpa (Catalpa bignonioides) is native to the south-eastern United States. Since 1726 it has been among the most beautiful and precious park trees sufficiently hardy to be cultivated in central Europe. Albeit the tree is often reported as being sensitive to frost, mostly young trees are susceptible to frost damage. Thus, it is recommended to provide some shelter in winter for the first couple of years.
In Germany the tree grows up to 10m (app. 33ft) in height. It has quite large, decorative leaves of pastel-green colour. The trumpet-like flowers are 4-5cm (app. 2in) long, pure white, with yellow stripes and purple spots on the inside, and arranged in 15-20cm (app. 6-8in) long panicles. Flowering period extends to about four weeks in June/July. 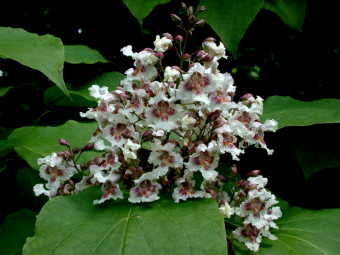 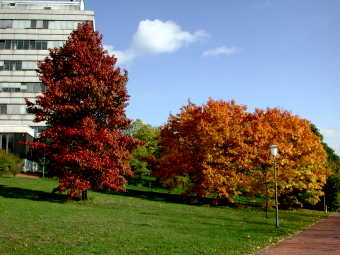