Development and market launch of an innovative F-system sleeper

Today, concrete sleepers are predominantly used in track superstructures, especially on high-speed lines and main lines. However, the wooden railway sleeper, a product obtained from sustainably managed European forests, is indispensable in some applications. In addition to track systems, for example in stations, these also include special areas of application such as train formation systems, tracks with narrow curve radii, bridges and tunnels. Due to its selected material properties such as allowing for high elasticity in the track, resilience to braking loads during derailments, and comparatively low weight, the wooden sleeper has advantages over alternative materials.

In Germany, more than 100 000 wooden sleepers (approx. 90 000 running metres of sleepers) are required annually. By means of a professional pressure impregnation with creosote (type WEI C), the wooden sleeper is currently protected against destruction by wood-degrading organisms. However, creosote is subject to authorisation due to its environmentally and health-endangering potential (following its inclusion in Annex I of the Biocidal Products Directive 98/8/EC by Directive 2011/71/EU). If the approval is not renewed in the future, this can have serious consequences with regard to the use and production of wooden sleepers.
The aim of this project is therefore the development and market introduction of an F-system sleeper, which, due to its improved properties, guarantees a longer product life and a preservation of the wooden sleeper even after a possible ban on creosote. The further development or modification of the wooden sleepers consists of a mechanical pre-treatment. These mechanical pre-treatments should accelerate the drying of the sleeper as well as improve the dimensional stability during impregnation and later in the track bed, thereby reducing the susceptibility to cracking and at the same time homogenizing the penetration of protective agents.
The use of an alternative, bi-functional wood preservative system for impregnation should ensure the use of the wooden sleeper even after creosote is banned. In recent years this wood preservative has been tested and used on a laboratory and industrial scale. However, further adjustments of the impregnation process in combination with the planned mechanical pretreatment (perforation and sub-hole drilling) are intended to improve the impregnation quality even further, which has a positive effect on the service life and thus profitability.

The development of the F-System sleeper includes the following main subgoals: 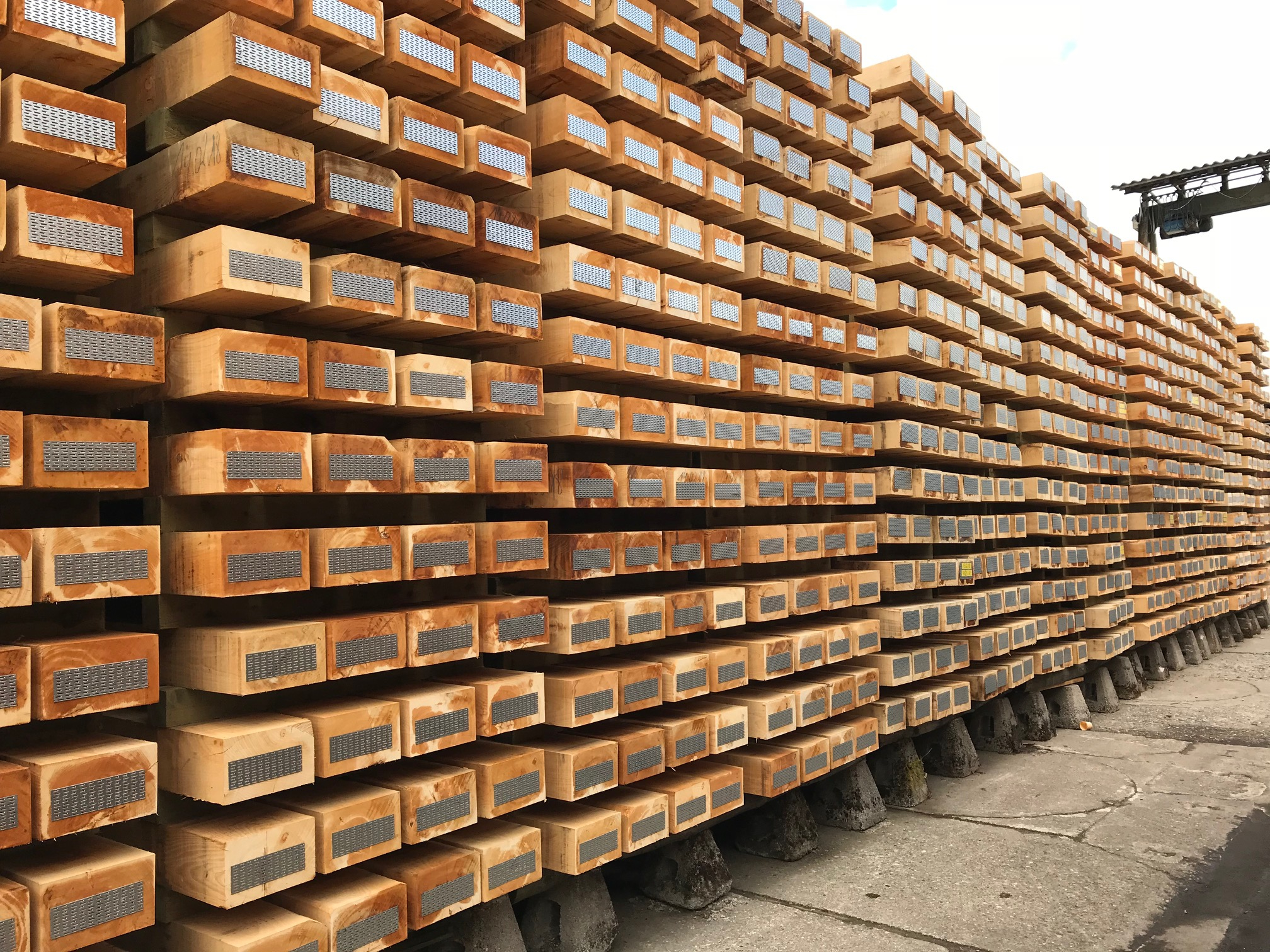