The Evangelisch-Lutherisches Missionswerk funds the research project Aufarbeitung der Geschichte der so genannten "lutherischen Nestorianer" in Nordwestpersien (1870-1940) (Reconstructing the history of the so called "Lutheran Nestorians" in North-West Persia [1870–1940]).

Since 2014 the Georg-August-Universität Göttingen participates in a 4-years project of the European Commission entitled "EUinDepth: European Identity, Cultural Diversity and Political Change" (Nr. PIRSES-GA-2013-612619). The research conducted within the project by the Georg-August-Universität Göttingen is being supervised by Prof. Dr. Dr. h.c. h.c. Martin Tamcke and focuses on the multiple ways in which religious traditions have been involved in the constructions and transformations of European identities.

The department takes part in the international scholarly network “Rewritten Bible”, a common forum of co-operation between Finnish and German scholars. The network has dealt with different topics in the broad field of literary phenomena in Jewish, Christian, and Islamic religious writings; the current specific topic chosen for scholarly co-operation is prophecy. The focus will include the interpretive processes of rewriting prophetic texts, prophetic figures, and attitudes toward them in Jewish, Christian, and Islamic traditions.

Prof. Tamcke is also involved in the publication about Tolstoj als theologischer Denker und Kirchenkritiker (Tolstoj as Theological Thinker and Critic of Church). This project is funded by the Swiss National Science Foundation; the editors of the volume are Martin George and Christian Münch.

Furthermore, Prof. Tamcke is founding member of the German-Chinese Institute for Intercultural German Studies and Culture Comparison as well as co-founder of the Centre for Modern Indian Studies.

2009-2013: research project The Resources of the Moravian Church about Egypt are being explored through an edition project funded by the DFG (Deutsche Forschungsgemeinschaft). The project aims at capturing the manuscripts and other resources located at the archive of the Moravian Church in Herrnhut, which give report about the work of the Moravians in Egypt and the dialogue with the Coptic Orthodox Patriarchy. This project is participating in the interdisciplinary scientific institution Centrum Orbis Orientalis (CORO); Prof. Tamcke is co-founder of this institution.

2004-2013: participating at the Graduiertenkolleg “Götterbilder – Gottesbilder – Weltbilder (research training group Images and Ideas: Many Gods - One God - The World) with the sub-project Personale Gottesbilder und göttliche Eigenschaften (The Personhood of God and Divine Attributes). The research training group aims to explore the tense and exciting relationship between polytheism and monotheism, and the impact of religious systems on world conception and design in Oriental and Greek-Roman antiquity. 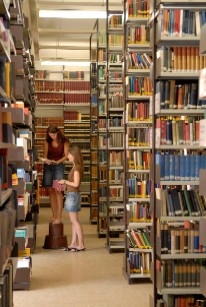