OUR COLLECTION IS CURRENTLY CLOSED: We are planning for you its redesign 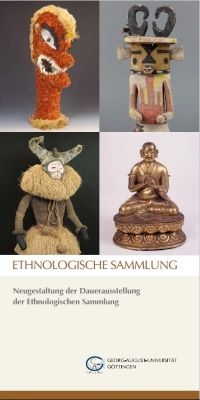 We look forward to being able to present the Ethnographic Collection to you in new rooms in the future. Our building at Theaterplatz 15 will be renovated in the coming years with funding from the state of Lower Saxony. With the completion of the renovation measures, the design of a new permanent exhibition is also planned with federal funds. We are currently working on the new concept for the permanent exhibition. Special exhibition areas are also planned in the building. Here we continuously integrate research and teaching into the museum's work.

A Special exhibition of the Ethnographic Collection is currently on view in the Kunstsammlung (Art Collection).

Support our plans to redesign the Ethnographic Collection by making a donation to the Göttinger Gesellschaft für Völkerkunde (GGV).

The Ethnographic Collection of the University of Göttingen is one of the most important teaching and research collections in the German-speaking world. Its beginnings date back to the time of the Enlightenment. The objects preserved here are explored in research projects under a variety of questions. They are used in seminars for the education of students. In addition, the collection is open to the public in the form of permanent and special exhibitions. Guided tours, lectures and special events, which are regularly organized with the support of the Göttinger Gesellschaft für Völkerkunde (GGV), complement our offers to the public.

THE HISTORY OF THE ETHNOGRAPHIC COLLECTION

With the establishment of the Academic Museum 1773 also began the history of the Ethnographic Collection at Göttingen University. Thanks to the initiative of the professor of medicine Johann Friedrich Blumenbach, cultural artefacts from the South Seas ("Cook/Forster Collection") and the Arctic polar region ("Baron von Asch Collection") were brought to Göttingen in the second half of the 18th century. These two unique old collections established the international reputation of the Ethnographic Collection. After Blumenbach's death in 1840, the collection was initially cared for by scholars from other disciplines. In 1928, anthropological teaching began in Göttingen with the available objects.

Currently, the collection comprises about 18,000 objects from all continents. Furthermore, graphics and paintings, archival materials, photographs as well as hands-on objects of museum education are part of its inventory. As part of digitization measures, the collection has also been increasingly viewable in the online collection portal of the Georg-August-Universität Göttingen since December 2017. The analog inventory catalogs are available for download as .pdf files (see OPEN ACCESS). 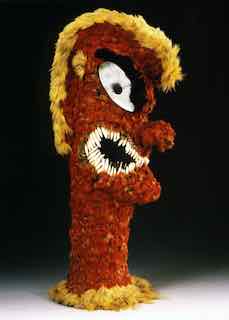 The Ethnographic Collection of the University of Göttingen owns objects from Oceania from four centuries, which are unique in their composition and quality. On three voyages around the world (1768 - 1780), the English captain James Cook and the naturalists, artists and sailors participating in the expeditions acquired a large quantity of objects from the Pacific region, the American Northwest coast as well as from Tierra del Fuego. On his second voyage (1772-1775) Cook was also accompanied by the two Germans Johann Reinhold Forster and his son Georg.

With 500 objects, the world's largest single collection of this collecting activity belongs to the University of Göttingen. In the richly illustrated book

In addition to numerous locations in Europe, parts of the collection have also been exhibited in the Pacific region and in Alaska: 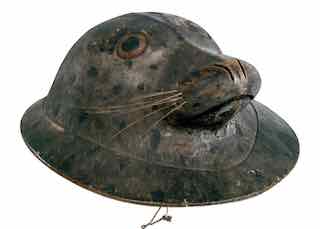 The Ethnographic Collection of the University of Göttingen includes unique cultural documents of various peoples and regions from Asia and the former Russian America (today: Alaska). They were acquired predominantly during the Great Academic Expeditions under Catherine II and donated to the University of Göttingen by the St. Petersburg physician Georg Thomas von Asch, who had received his doctorate from Albrecht von Haller in Göttingen in 1750. The university owes ethnographic, geological, botanical, and anthropological collections, as well as numerous valuable coins, medals, maps, drawings, books, and manuscripts, to this distinguished alumnus.

On the occasion of the 200th anniversary of his death on June 23, 2007, the life and collections of Georg Thomas von Asch were given special recognition in a special exhibition and an extensive publication.

The image shows the hat of a seal hunter from the 18th century. Photo: Harry Haase (Am 820).

Our museum is currently closed for renovation work. At the moment there are also no lectures. A special exhibition of the Ethnographic Collection is currently on view in the Art Collection.

The children's program is made possible by the financial support of the Göttinger Gesellschaft für Völkerkunde e.V. (GGV)

Click here to find the current program (May - November 2022).

Dr. Michael Kraus has been the curator of the Ethnographic Collection since 2016.

Nicole Zornhagen, M.A., has been scientific-technical assistant in our Collection since 2016.

The museum education team is composed of a group of students and former students of the Institute of Social and Cultural Anthropology. They have acquired their knowledge and skills in the field of museum pedagogics during their studies in courses, internships and excursions.