The Tom Stern Collection - A Film Archive for the Classics

The Sammlung Stern originates in the work of archaeologist, film researcher and museum educationalist Tom Stern (1958-2016). The Sammlung Stern comprises the probably largest private collection of educational and documentary films on prehistoric, archaeological and ancient historical topics. A smaller second part of the archive contains movies and series with a similar thematic focus, but also unpublished cuts, copies entered into (and recordings of) film festivals as well as accompanying material and projection equipment. The productions date from the 1920s up to the early 2010s, preserved on a combination of different data carriers from 16mm reels to DVDs. The collection - with approximately 800 films as its core - was transferred to the Göttingen Department of Ancient History in August 2017. Further donations have increased this number to more than 1.000 titles.

Our medium-term aim is to digitalize all films of specific importance and/or affected by data degradation. As a long-term aim, we wish to preserve the full content of the Sammlung Stern in digital form and make it available for research via the Göttingen Library Catalogue. In the upcoming years, students will have the chance to witness at first hand the formation of the archive by participating in junior research groups. In addition, the Sammlung Stern will be developed into a space for education and learning to be used at all stages of our ancient history curriculum. In February 2018, we moved to our new rooms providing permanent storage for our collection; working space for individual researchers and small groups will be completed in the course of the following semester. Since January 2019, external researchers can also access the archive by individual arrangement. In addition, the Sammlung Stern participates in several outreach activities, such as the International Museum Day or the upcoming University Museum.

Thanks to a generous donation by Dr. Kurt Denzer (Kiel), the Sammlung Stern is now the owner of library containing ca. 1.500 books and magazines on the history of film, film theory and national cinematic traditions. The library is open for all visitors of the film archive and can be consulted by individual arrangement. Thanks to various other donations, we have also increased our number of films to more than 1.000. The Sammlung Stern welcomes additions of film stock, literature and equipment. If you are thinking about donating your collection, please contact the curator, Dr. Martin Lindner. 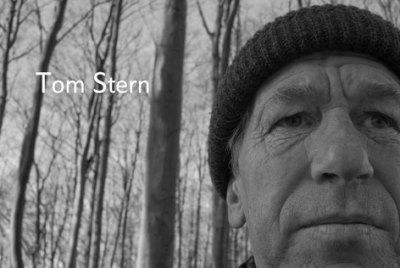