Some 100 years ago, after the First World War, we looked to the League of Nations to usher in a new internationalism. After the Second World War came a new global settlement – the United Nations, the IMF, the World Bank, the WTO, the Geneva Convention. It promised much again, but led to the era of the Cold War. Then the Fall of the Berlin Wall in 1989, and collapse of the USSR promised a new liberal democratic order. Yet today, as democracies stumble, and authoritarians push forward, the Chinese model – market liberalism coupled with despotic governance – is being touted as a serious de facto alternative to democratic models.

This three-day graduate event will set out to examine the nature of internationalism, what has it meant, what should it mean, and what can we do to encourage new forms of accountable and shared global leadership, greater resource-sharing, more equitable standards of living, effective multilateral institutions. Key questions will include: What has gone wrong? How do we reform our multilateral bodies? Can our common global problems unite nations? What role is there for regional blocs? What might be better, ideal, even utopian, models of international governance?

The workshop is held in memory of Adam von Trott (1909–1944), a resistance fighter, who sought to remove the Nazi Regime. He was a keen traveller in post-war 1920s, visiting the US, the UK, France, China, and the Far East, seeking and experiencing different forms of government, and eventually becoming a diplomat.

The workshop will be participatory and engaging over three days, with lectures, panel discussions, working groups and graduate presentations, involving academics, experts and those active in the fields of diplomacy and international relations. We are delighted that among those taking part will be Professor Todd Hall, the new Director of the Oxford University China Centre, who is an expert on China's place in the world and on emotional diplomacy, Professor Neil MacFarlane, former Lester B. Pearson Professor of International Relations at Oxford University, and a world expert on the Caucuses who will review the current Ukraine crisis (DPIR, Oxford), Verena Onken von Trott, the daughter of Adam von Trott, who will discuss the role and legacy of her father, Professor Andrew Hurrell, former distinguished Montagu Burton Professor of International Relations and world expert on globalisation and the history of IR, now head of Oxford's Berlin office, and Kaven Moussavi, a leading human rights and international law practitioner who has done much to reveal abuses in Iran. The workshop is designed for 24 graduate students from a range of European universities.

Zurück Vor
The Stiftung Adam von Trott, Imshausen e.V. is located in the idyllically situated village of Imshausen near Bebra (North Hesse). It is a place of learning that encourages political responsibility, civic engagement and civil courage. In addition to projects and events organised jointly with the University of Göttingen, cultural events are held regularly in Imshausen. The Stiftung Adam von Trott is particularly committed to strengthening democracy and Europe; to promote religious tolerance and community-supported economies; and to enforce human rights.

Impressions of our first Graduate Workshop in 2019 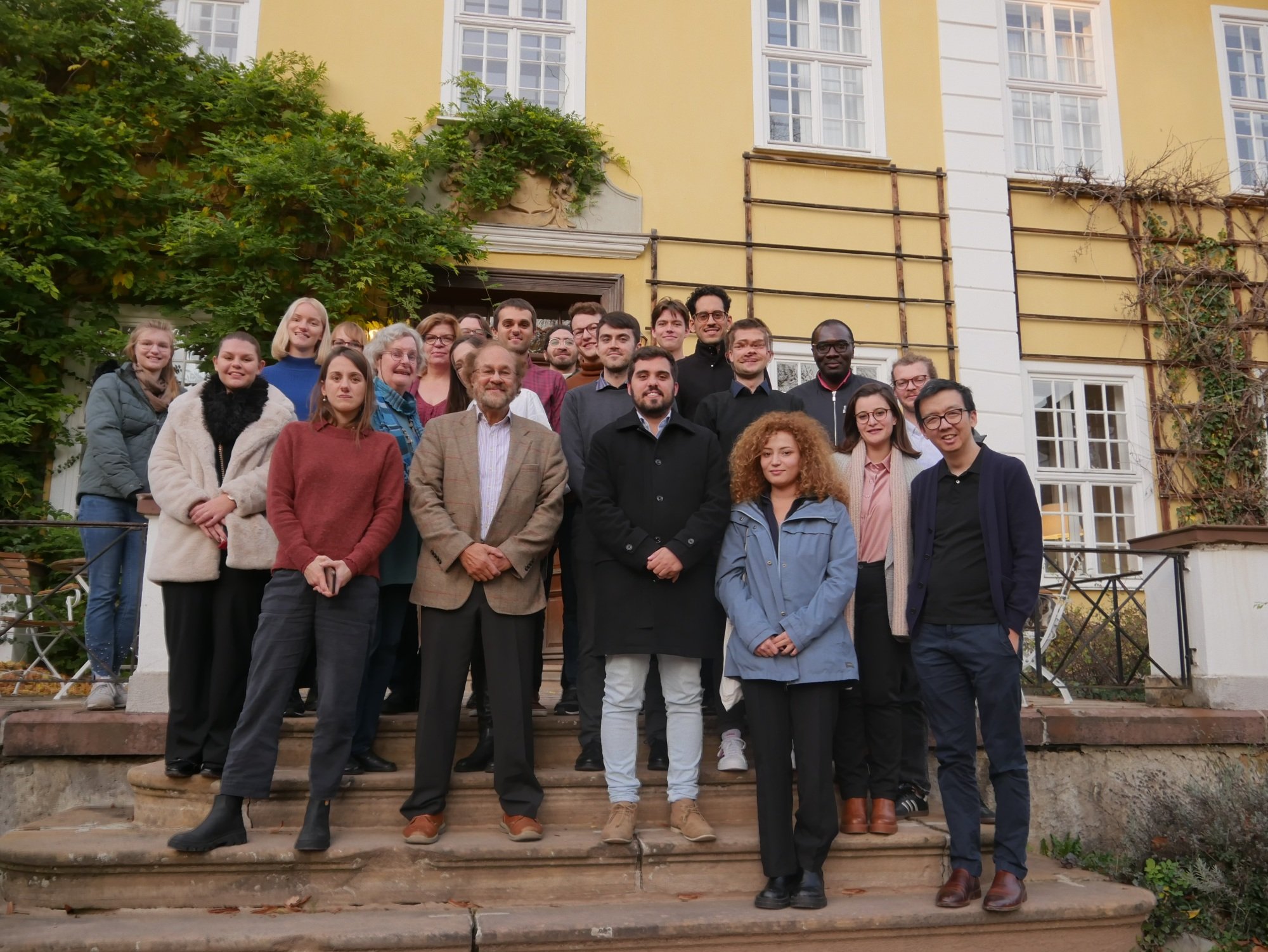