Ran Hirschl (PhD, Yale) was Alexander von Humboldt Professor of Comparative Constitutionalism at the University of Göttingen from 2016 to 2021, having been granted a much coveted Alexander von Humboldt International Research Award. From 2006 to 2016 he held the Canada Research Chair in Constitutionalism, Democracy and Development at the University of Toronto, where he has been Professor of Political Science & Law since 1999. In 2014, he was elected Fellow of the Royal Society of Canada (FRSC) - the highest academic accolade in that country. The official citation describes him as "one of the world's leading scholars of comparative constitutionalism."

Prof. Dr. Hirschl has been a Fellow at Stanford University's Center for Advanced Study in the Behavioral Sciences, a Fulbright Fellow at Yale, and a Fellow at Princeton University's Program in Law and Public Affairs. He served as distinguished visiting professor of law at Harvard Law School, USC Faculty of Law, and NYU Law School. In 2010, he received a University of Toronto award for outstanding teaching, and delivered the Annual Lecture in Law and Society at Oxford University. In 2012, Professor Hirschl was awarded a Killam Research Fellowship - one of Canada's most prestigious research awards - by the Canada Council for the Arts. He is an editorial board member of several leading journals, co-editor of a book series on comparative constitutional law and policy published by Cambridge University Press, and the co-president (2015-2018) of the International Society of Public Law. His work on comparative constitutionalism and judicial review has been translated into various languages, discussed in numerous scholarly fora, cited in high court decisions, and addressed in media venues from the New York Times to the Jerusalem Post. Prof. Dr. Hirschl is the recipient of several prestigious research and scholarly awards in five different countries (Canada, Israel, the United States, Australia and Germany), including, most recently, a five-year, multi-million AvH International Research Award, and an appointment as Max Planck Fellow in Comparative Constitutionalism. 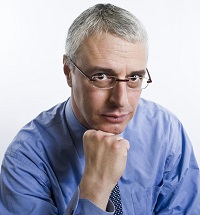