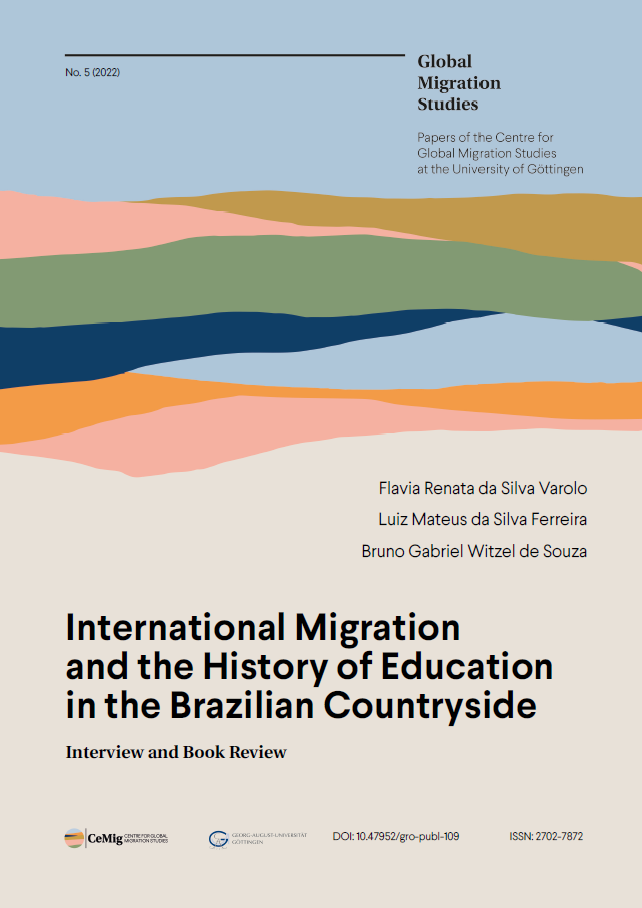 
International Migration and the History of Education in the Brazilian Countryside: Interview and Book Review

Abstract
During the Age of Mass Migration, circa 250 thousand German-speakers immigrated to Brazil. Even if numerically limited, these immigrants played a central role in the consolidation of the Brazilian culture, society, and economy. The German- speaking immigration to Brazil also influenced the country’s settlement policies in the nineteenth and early twentieth centuries and had a feedback effect on global labor markets during the first age of globalization. In this compilation for the Global Migration Studies, Flavia da Silva Varolo discusses in an interview her research on German settlements in the Riograndense Colony, a project for land selling to foreigners in the western portion of the state of São Paulo. She debates the persistence of cultural habits among descendants of immigrants and the negative effects of violently imposed assimilation, such as that perpetrated by the Brazilian State in the 1930s-1940s. As a linguist and education historian, Ms. Varolo highlights the importance of interdisciplinarity for studying immigration history. In the sequence, Luiz Mateus da Silva Ferreira revises Varolo’s book. His review puts the case study at hand into the general framework of the Age of Mass Migration and presents economic aspects related to education history. The review also points to the need of critically assessing the attempts of influence exercised by the NSDAP over regions that had received German- speaking immigrants in Latin America since the nineteenth century.