Amphibian and reptile communities of dry and wet sites across Indonesian oil palm, rubber and forests

Introduction
The human population of South-East Asia is rapidly growing, requiring an intensification of agricultural efforts in an area with a very high level of biodiversity (Sodhi et al. 2010). Conversion of primary and secondary forests to cash crops is associated with loss of species, as well as changes in community composition, in a variety of taxa (e.g. Chung et al. 2000, Koh and Wilcove 2008, Brühl and Eltz 2010), but limited effort has been so far put into understanding its effects on the herpetofauna (Glor et al. 2001, Faruk et al. 2013). The reasons for the observed community shifts may be linked to higher average air temperature, lower humidity, scarcer canopy cover, lower litter fall, and lower levels of carbon stored in the litter in plantations (Drescher et al. 2016). Plantations are extremely likely to remain an important part of the local landscapes in the future since the oil palm, rubber and jungle rubber industries heavily influence the economy of several South-East Asian countries, and they must not be overlooked when considering conservation measures. The Indonesian island of Sumatra is among the areas with the highest forest cover losses (Margono et al. 2014).

Methods
In this study we will investigate how reptile and amphibian communities are different between forest and cash crops in the Jambi province of Sumatra, Indonesia. We will collect data from March 2017 until June 2017 in 24 core plots in different land-use systems (i.e. dry and riparian forests, and in rubber and oil palm plantations) of the CRC 990, in the Batang Hari Regency, within Harapan landscape. In each plot we will perform a census of the amphibian and reptile species through visual searches and pitfall trappings, so as to have a high probability of sampling a representative portion of each plot´s ground-dwelling and arboreal herpetofauna. Once captured and before being released at the point of capture, each individual animal will be photographed to allow exact species identification. Additionally, vocal calls of amphibians will be recorded. For each plot, estimates of the percentage of canopy cover, leaf-litter cover and depth, undergrowth vegetation cover and height, number of logs and rocks suitable for being used as hiding spots by the target animals, will be performed.

Expected Results
We hypothesize that reptile and amphibian communities in habitats that underwent conversion will show signs of alteration. We expect modified areas to be inhabited either by a subset of the species that lived in the area before human intervention that have the highest tolerance to disturbance, or by species that were rare or entirely absent from the original community, possibly introduced following constant human presence, that took advantage of the newly formed niches. As a result, we expect that, while species abundance will be relatively little affected, Sumatran plantations will be found to be inhabited mainly by reptile and amphibian species capable of thriving in disturbed areas, and therefore of low conservation interest. These results will improve our understanding of the impact of agriculture-related human activities on the wildlife of tropical ecosystems. 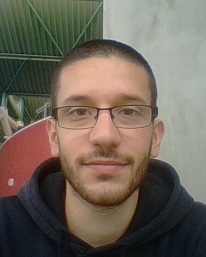