Termites and ants are eusocial insects that has many functions and are important in the ecosystem. In nature, ants mainly serve as predator while termites act as decomposer. Land-use change, mainly from natural habitat to agriculture may decrease biodiversity including ants and termites. Many researches showed that ecosystem capacity for providing ecosystem service decreases with the loss of biodiversity. This implies that the types land-use would have an impact on ecosystem services, including those given by termites as decomposers and ants as predators. The objective of this study were to investigate the impact of land-use change to diversity of termites and ants and also measure their potential ecosystem service provided by termites and ants in several land-use types. The study was done in several land-use types in Jambi i.e. secondary forest, jungle rubber, rubber plantation and oil palm plantation. In each landuse type, four plots were selected with size of 50 m x 50 m for each plot. Each plot was consist of five subplots with a size 5 m x 5 m and a tree was choosen within subplot for observing ant diversity and its ecosystem services. Termites was observed by collected termites in 5 m x 50 m transects in each plots. Termite service was measured by observed wood decomposition in each land-use systems. Ants were collected with baiting method using rice moth larva (Corcyra cephalonica) (Lepidoptera: Pyralidae) that were laid on plastic plate and put on ground and on the tree stem. Ecosystem services were measured by observing the number of C. cephalonica larvae that were removed by ants within 1 hour observation.

The results showed that land-use types have significant impact on number of termites species and termites composition. Secondary forest has the highest termites species (species rich) than other land-use types. Land-use types have no significant impact on number of ants species but it has significant impact on ants species composition. The number of the termites and ants ecosystem services measured by wood decomposition and the predation of C. cephalonica larvae ware not significant between land use types. The highest wood consumption was in oil palm plantations with Schedorhinotermes tarakensis as major decomposer termite whereas the lowest decomposition rate was in rubber with Macrotermes sp. 01. as major decomposer termite. The highest removal of larva C. cephalonica by ants was on sencondary forest whereas the lowest consumption rate was in rubber plantation. Ants that played an important role in removal C. cephalonica on secondary forest were Achantomyrmex sp. 01., Aenictus sp. 01., Tetramorium sp. 02 and Pheidologeton sp. 01, whereas in jungle rubber was O. denticulata. In rubber plantation ants that play important role in removal C. cephalonica were Tetramorium sp. 03 and Crematogaster sp. 02, while in oil palm plantations were A. gracilipes and Rhoptromyrmex sp. 01. 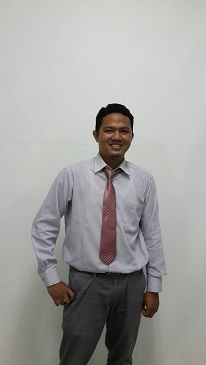