• In order to maintain / strengthen relations with the project’s stakeholders and to engage in a constructive dialogue with them, four networking events have been conducted in the Harapan landscape between February and May 2017 by Aiyen Tjoa, Gindo Tampubolon (Forestry Faculty, UNJA) and Bambang Irawan with support of Yuking and Megawati.
• Key objectives of the events were to (i) raise the awareness of the village authorities and to build trust with the village head, the plot owners, the villagers, (ii) to popularize the project’s activities in the village in order to secure tools and equipment, and (iii) to participate in human capacity development in the partner villages.
• Formal presentations were given with regard to the activities of EFForTS, and on the “role of nutrients for plant/oil palm productivity”. A practical course was carried out on “organic composting”.

Following the official meeting an informal get-together took place including a cookery course, movie watching, joint dinner:
• Pompa Air, Sungkai and Singkawang on 24 February: 60 participants
• Bungku and PT Humusindo on 26 March: 57 participants
• Sungai Bahar (Talang Bukit, Sumber Mulya, Mulaya Jaya) on 28 April: 50 participants
• Muara Bulian on 15 May. The event was hosted by Bappeda, participants mainly came from governmental bodies.
All participants received a certificate signed by the Rector of UNJA.
Further events are planned for the Bukit Duabelas landscape at the end of this year. 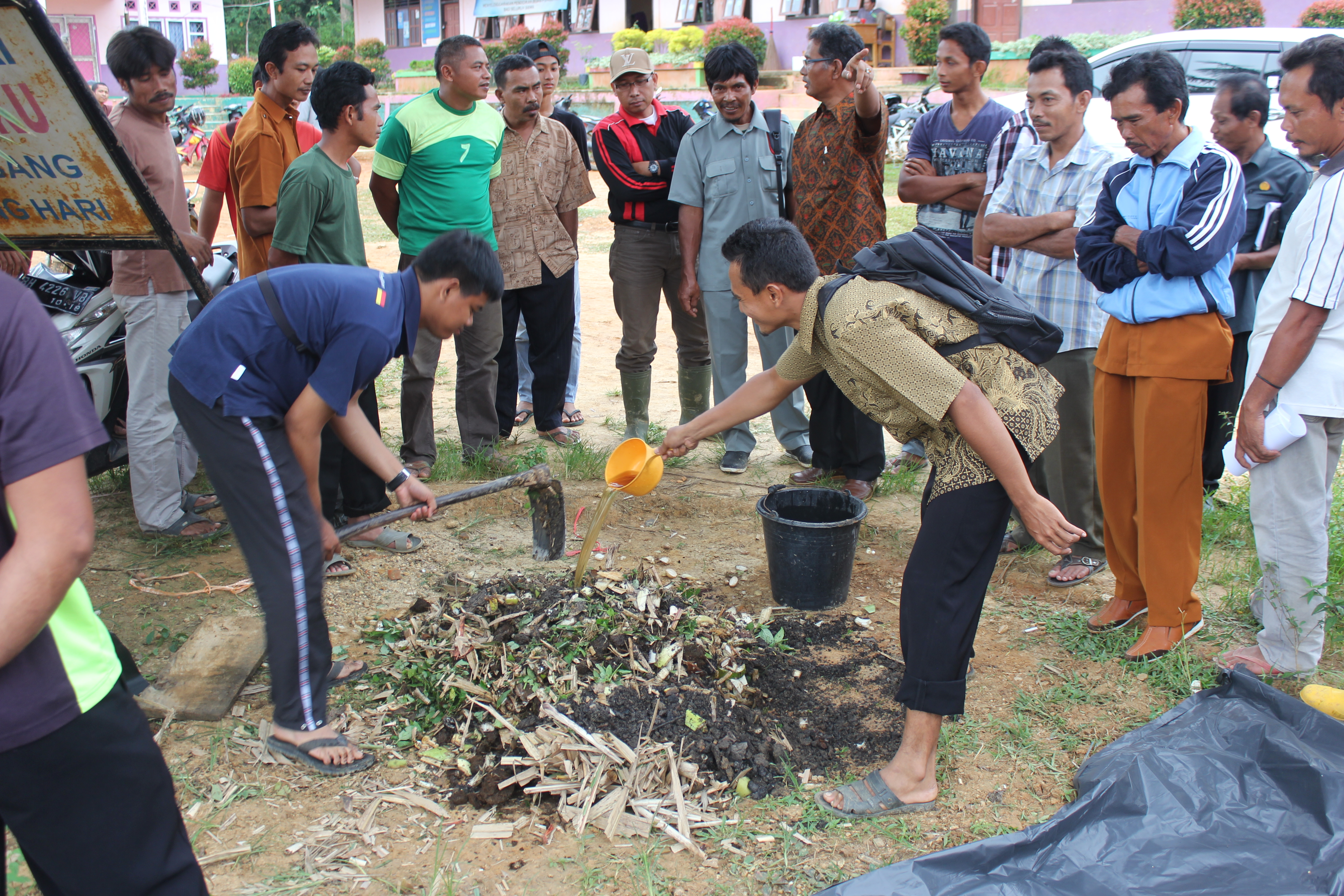 Demonstration of compost production to farmers in Bungku during the socialization event on 26 March 2017. 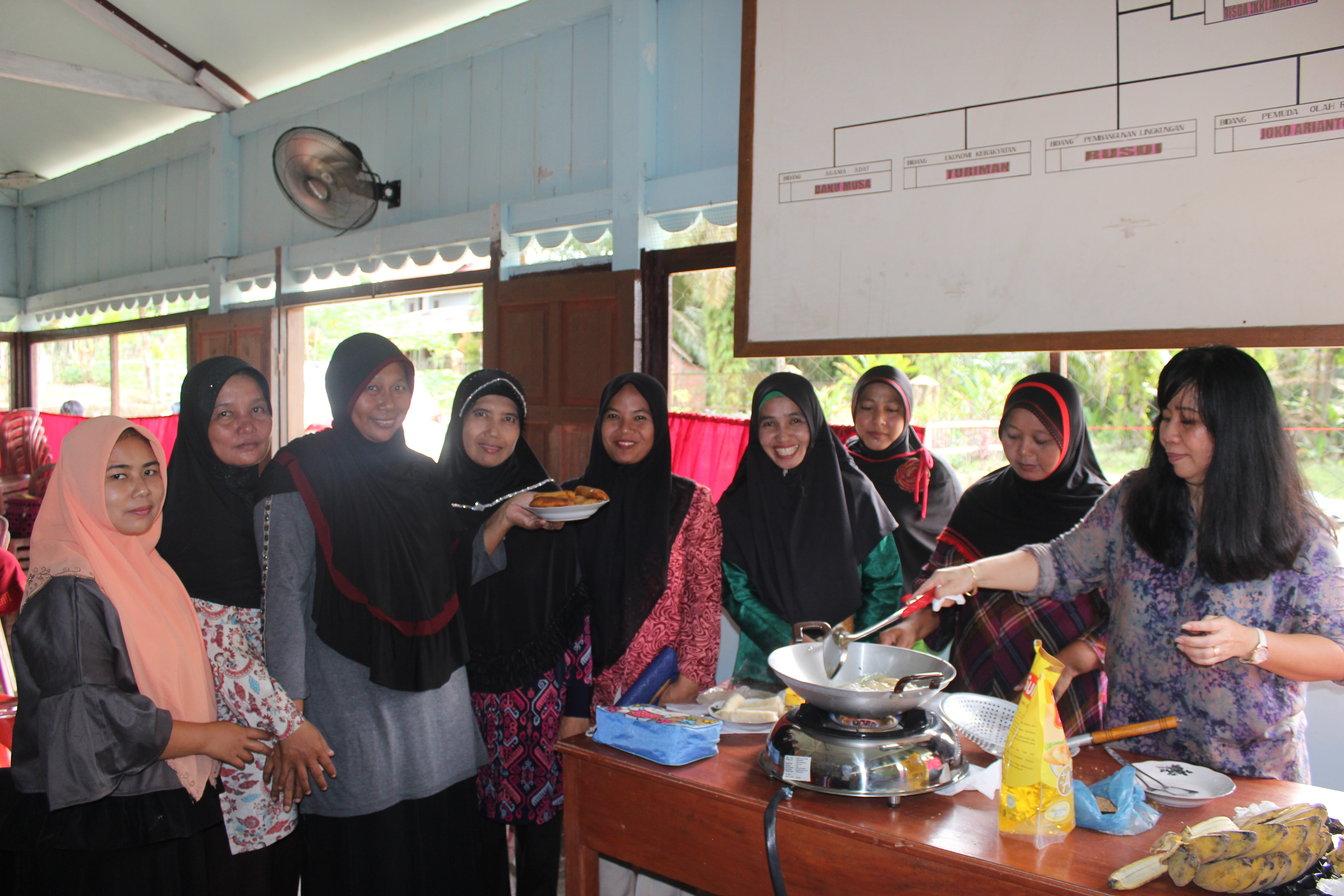 Aiyen (right) shows to farmers how to make pan-fried bananas 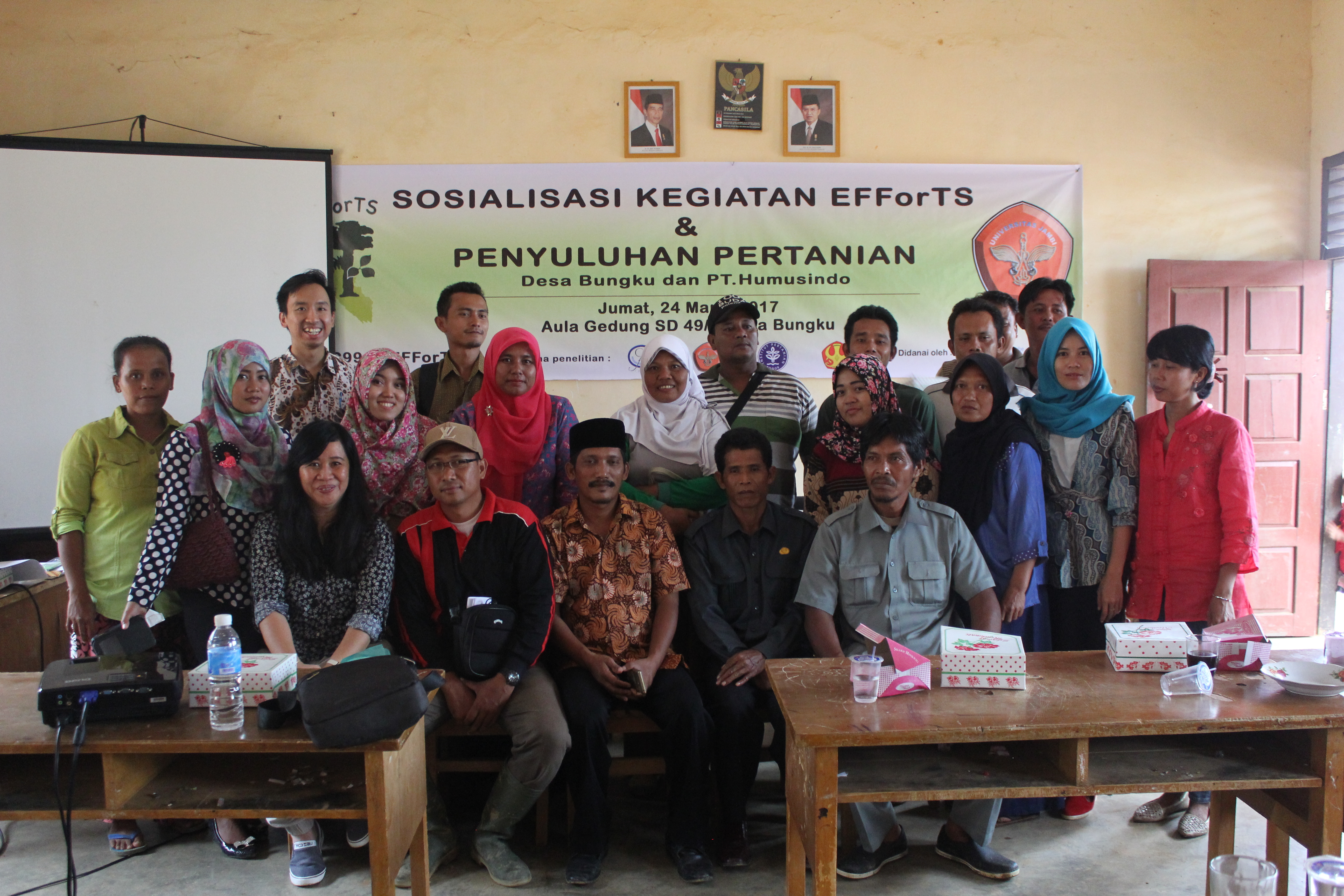 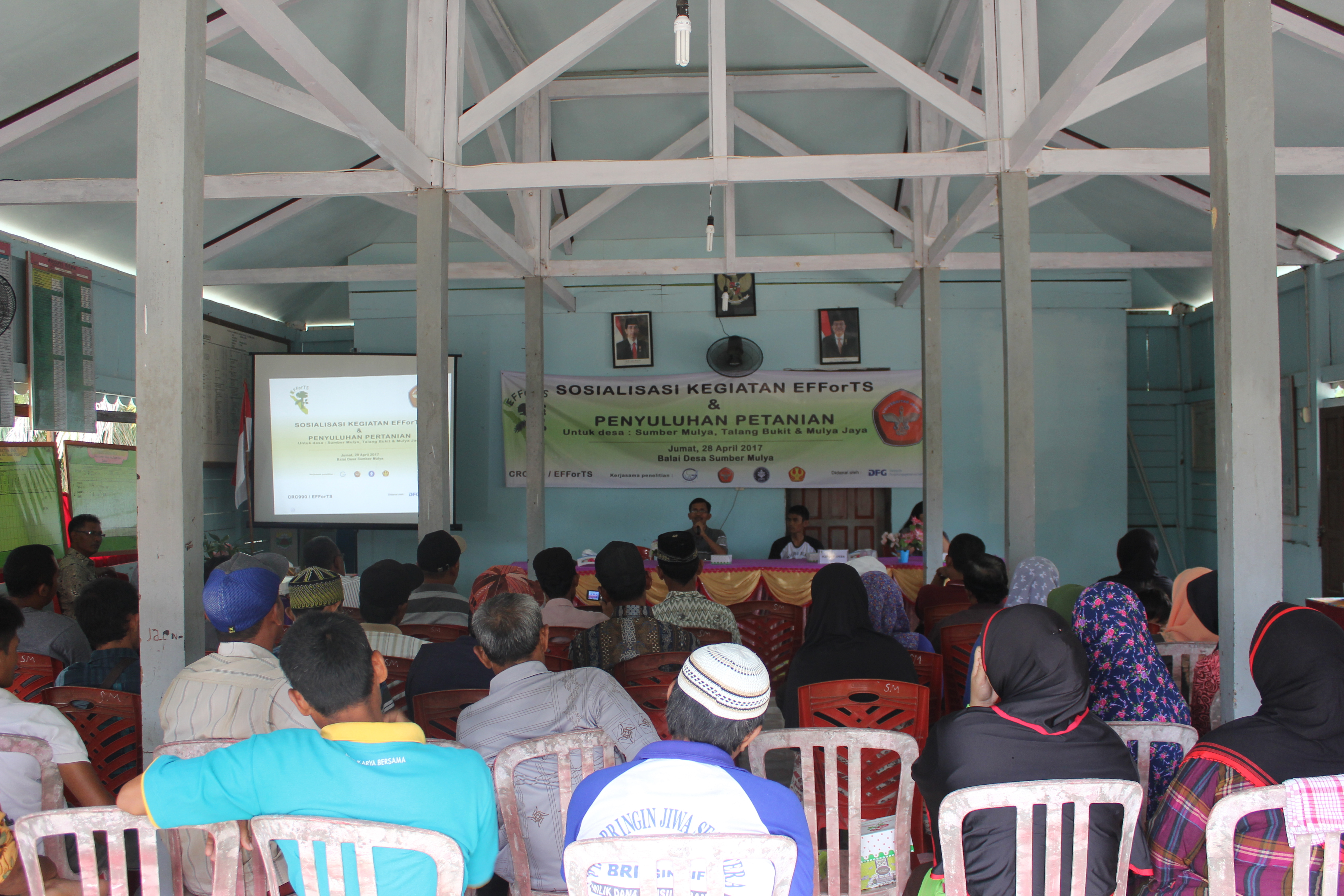 Introduction of EFForTS to farmers during the socialisation event at Sungai Bahar on 28 April 2017. Presenter: Bambang